Mr Öztürk made the comment following the removal of both MPs’ immunity against prosecution in the TRNC (North Cyprus).

While Mr Çaluda’s immunity was lifted “in a short time”, the process to end Mr Özgürgün’s immunity, which was completed last month, took about “one and a half years” Mr Öztürk said.

He was speaking during a meeting of Parliament’s Economy, Finance, Budgeting and Planning Committee, which met to approve his department’s annual budget of around 21 million TL.

Some members of the MPs’ committee told Mr Öztürk that at the time of the establishment of the four-party coalition government, which existed from February 2018 to May 2019, complaints were submitted to the police against Mr Özgürgün and Mr Çaluda.

MPs asked Mr Öztürk to provide an update on the situation.

The Attorney General said that the MPs were subject to separate investigations on separate matters, but that his office was “now at the stage of opening cases regarding the dossiers”. 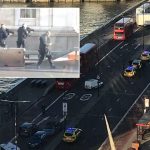