Things are heating up in South Cyprus as we approach the new year and the new Eurovision season. Yesterday, eurovisionfun.com reported that Sandro Nicolas was on the brink of being revealed as the Cypriot representative for the 2020 Eurovision Song Contest in Rotterdam. Now, the same source has unveiled the three shortlisted songs for Sandro.

Three songs in the running

More than 100 songs were submitted to Greek Cypriot broadcaster CyBC over the past few weeks and the submissions have been narrowed down to a final three. The Greek Cypriots will reportedly choose their songs for Rotterdam “within days”. The three-song titles and descriptions are given by eurovisionfun.com, sourcing information given by Alexander Taramountas on the Omega TV show “Come to See” are as follows:

Taramountas revealed that his personal favorite was “Mucho Calor” and that two songs are by international composers with the other being by a Greek composer. In addition, Panik Records and Minos EMI are already in the process of signing Sandro to their label ahead of their Eurovision project next year!

Previous reports by eurovisionfun.com claimed that CyBC/RIK has approached three artists in total. They now clarify that these three artists were Sandro Nicolas, Ian Stratis and 2012 Eurovision fan-favorite Ivi Adamou.

It is said that Ivi “politely declined” the approach due to personal and family reasons. Indeed, Adamou recently gave birth and it is said she currently does not have the time available for a new Eurovision project. Additionally, Stratis was not chosen due to the songs suiting Nicolas better, according to this source.

Last year, CyBC unveiled Tamta as their representative for Tel Aviv on December 21st, 2018. Therefore, perhaps we shall receive an official announcement of the Greek Cypriot artist and song within the next few weeks! 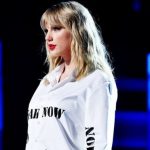 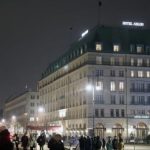