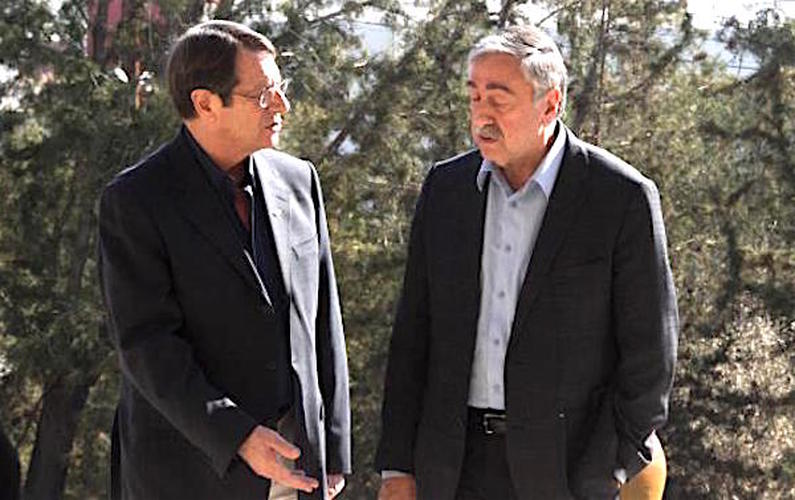 President Mustafa Akıncı on Thursday met with leaders and representatives of political parties with seats in the Republic’s Assembly ahead of next week’s trilateral summit in Berlin with the Greek Cypriot leader Nicos Anastasiades and UN Secretary-General Antonio Guterres.

Speaking to reporters after the meeting, Prime Minister Ersin Tatar said he had found the opportunity to re-convey his party’s views to the president.

He reminded that the trilateral meeting will not be an official meeting.

Tatar also pointed out that the issue of guarantees will not be raised during the trilateral meeting but that any future discussion on the issue should be done in the presence of Turkey.

“There might be some problems with the UN parameters but the important thing is what the Turkish Cypriot people think,” said Tatar adding that a federal settlement could only be discussed if and when an agreement is reached on the terms of reference.

The UBP leader said that his party represented the views of the Turkish Cypriot people.

Also speaking, the Deputy Prime Minister and Foreign Minister Kudret Özersay said that there was currently no consensus between the two sides.

“You can have a meeting without having a consensus but this is not the correct approach,” he added.

Özersay also said that they did not expect any new developments in the negotiations process.

Pointing out that the Greek Cypriot side has difficulty coming to terms with the idea of sharing wealth and power with Turkish Cypriots, Özersay said that this was a huge obstacle in the way of achieving progress for a federal partnership.

He recalled that the UN Secretary-General Antonio Guterres had expressed the need for a results-oriented process and reaffirmed the UN Security Council’s parameters.The leader of the main opposition Republican Turkish Party Tufan Erhürman for his part underlined the importance of the trilateral meeting to be held in Berlin.

“We attach importance to the Berlin meeting. The UN Secretary-General has issued numerous statements which pointed out that any new negotiations process should not be anything like previous processes. He said that any new talks should be results-oriented,” he added.

“There are also the parameters set by UN Security Council which have been reconfirmed. We are expecting Mr Guterres to insist on these issues. The determination he will display in Berlin is important,” Erhürman said.

He said that two years had been lost in the negotiations process because of the Greek Cypriot leader Nicos Anastasiades’ re-election plans.Social Democratic Party leader Cemal Özyiğit told reporters that preparations for the trilateral meeting had been going on for a long time.

Özyiğit said that clarification was required in the negotiations process.

“It will be a make it or break it situation in Berlin. The meeting may not achieve its desired goal but it may crack the door open for future negotiations and that is important,” he said.

“The issue of rotating presidency and effective participation in decision-making processes has recently become even more important. No one wants open-ended negotiations. There is nothing left that hasn’t been negotiated,” he added.

Özyiğit said that what was needed to be done was to iron out the final divergences that remained.

“We need to restart results-oriented negotiations as soon as possible. We would like to wish Mr. Akıncı and his team all the success,” he added.

Former Democrat Party leader Serdar Denktaş for his part said that the Cyprus Problem was an important political issue could not be left in the limbo.

“The real issue is that no matter how hard we try, we can’t achieve anything if third parties do not want equality. We shouldn’t waste time,” he added

The leader of the Rebirth Party Erhan Arıklı said that the president had informed them ahead of the trilateral meeting in Berlin.

“It seems that not much should be expected from that meeting. There is little hope for a successful outcome or a five-party meeting to follow,” he said. 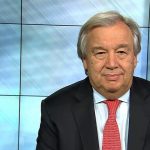 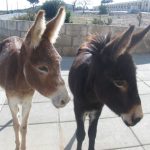