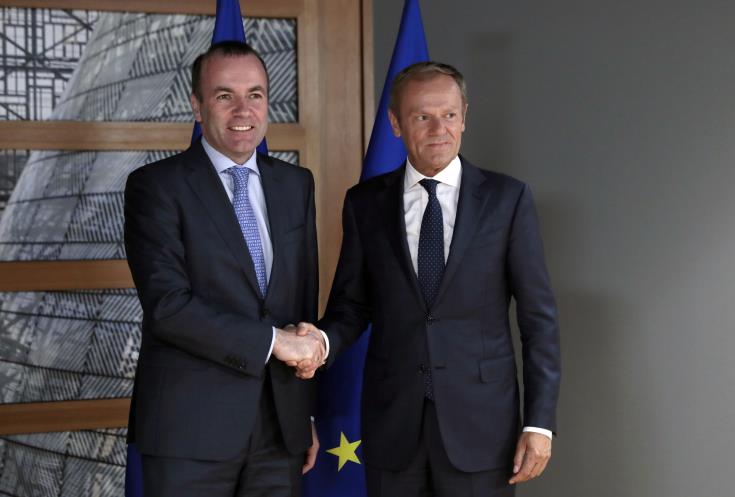 The European People`s Party Congress (EPP) convening in Zagreb, unanimously adopted an emergency Resolution concerning the negotiations for the Cyprus problem and Turkey’s actions in Cyprus and the Eastern Mediterranean.

In the resolution, the EPP reiterates “its support for a comprehensive, sustainable and viable settlement of the Cyprus problem, in accordance with the relevant UN Security Council Resolutions and in line with EU law, values, and principles, including the principle of subsidiarity.”

It “emphasizes that there should be no deviation from the framework of negotiations based on a bi-zonal, bicommunal federal model for Cyprus, provided for by the UN Security Council Resolutions.”

Furthermore, the EPP draws attention to “the Guterres Framework for the negotiations put forward by the UN Secretary-General Antonio Guterres, and his call for the resumption of negotiations based on the understandings reached in 2017 in Crans Montana.”

To this end, the EPP “denounces any purported alternative solution proposed by Turkey for the creation of two states on the island of Cyprus.”

It also “reaffirms its support for the UN-led efforts for the creation of conditions to resume negotiations for a comprehensive settlement of the Cyprus problem.”

It welcomes the UN Secretary General’s call for a tripartite meeting with the leaders of the two Cypriot communities, President Nicos Anastasiades and Turkish Cypriot President  Mustafa Akinci, on November 25, in Berlin.

In this regard, the EPP “calls upon all parties involved to ensure the continuation of the presence of the UN peace-keeping force in Cyprus until a comprehensive settlement is reached.”

The EPP resolution “condemns Turkey`s recent actions and statements that continue to undermine efforts to resume the Cyprus talks as well as good neighborly relations between the EU and Turkey, and calls upon Turkey to respect the sovereign rights of the Republic of Cyprus as an EU Member State.”

In this regard, it continues, the EPP “condemns the launching of drilling operations in the Exclusive Economic Zone of the Republic of Cyprus.” To that effect, it “welcomes the European Council’s unanimous decision to adopt a framework regime of restrictive measures targeting natural and legal persons responsible for or involved in the illegal drilling activities in the Eastern Mediterranean in response to Turkey`s unauthorized actions.”

“The EPP fully supports the Council’s efforts to prevent and put an end to Turkey’s illegal activities, and remains committed to take all necessary initiatives to this end,” the resolution reads.

The EPP “calls on Turkey to put an immediate end to these activities and reaffirms its full solidarity with the Republic of Cyprus.”

It recalls that “the EPP and the EU have repeatedly reiterated the sovereign rights of EU member states to enter bilateral agreements and explore and exploit their natural resources in accordance with the EU acquis and international law, including the UN Convention on the Law of the Sea.”

Accordingly, the EPP expresses “its full support for the energy exploration program of the Republic of Cyprus and reiterates Cyprus’ importance in bolstering the EU’s energy security and regional energy cooperation.”

It also condemns “the provocative attempts by Turkey and the Turkish Cypriot leadership to bring Varosha under its own administration, and calls for the return of Varosha to its lawful inhabitants and the transfer of this area to the administration of the UN, in accordance with the relevant UN Security Council Resolutions and the High Level Agreement of 1979 reached between the President of the Republic of Cyprus and the Turkish Cypriot leader.”

The EPP “remains fully committed to supporting the negotiation process for a just, sustainable and viable solution to the benefit of all the people of Cyprus, without the presence of foreign troops and the anachronistic system of guarantees and intervention rights of any foreign state. The EPP reiterates that the European Union is the best tool for continued peace, security and the further prosperity of all Cypriots”. 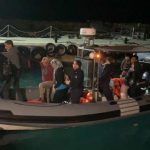