YouTube video shows driver arguing with police officer over the right to record encounter on film.

A video showing a driver in Cyprus debating with a police officer has gone viral on social media, raising once again questions over the rights of citizens to record video in public places.

The video, which was posted on Wednesday, shows a male driver being stopped by a police officer in Larnaca, while additional reports said the incident took place in February 2019.

When the police officer approached the vehicle, the driver was already recording with his camera and the law enforcement official asked him to stop recording.

The man refused to stop the camera citing his constitutional right to record the encounter, while the police officer insisted that the driver stop recording because he had no permission to do so.

The video, which was not posted in its entirety, showed the two men arguing for several minutes in Greek over the use of the camera, while the driver also inquired as to why his path forward was being blocked.

“What is the purpose of you recording me with the camera now?” the officer asked.

“You are not giving me your name and your badge number is not being displayed, you blocked my way and I’m trying to get home,” the driver replied.

“I am asking you once again. What do you intent to do with the camera?” the officer asked.

“It’s for personal use,” the driver said.

“For personal use, and you are recording me without my permission,” the policeman argued.

“I don’t need your permission,” the man responded.

“Are you sure about that?” asked the officer, with the driver saying “you can file a complaint and we can battle it out in court.”

At that point, the officer opened the door and asked the driver to step out of the vehicle, with the man initially complying but then things got heated as the officer appeared to have tried to grab the camera.

“Stay away from my camera, don’t touch me,” the driver was heard telling the officer.

“I didn’t touch you” the officer said, repeating that he did not consent to being recorded on video.

“What did you open my door, why did you touch me?” the driver said, with the police officer replying that what the man was doing was not allowed.

“Then write a ticket and I’ll see you in court, but why did you open my door, why did you touch me?” the driver said.

The officer repeated his order to shut the camera, saying he did not give permission to be recorded, with the driver saying “and did I allow you to touch me?”

At that point, the driver proceeded to call his lawyer while the officer appeared to have made a move, with the video ending as the driver was heard yelling “don’t touch me.”

Reports said the driver appeared in court over the summer where he was accused of refusing a Breathalyzer test. According to daily Reporter, the man admitted drug and alcohol charges and was fined €1400, three months suspended licence, and six penalty points.

But on YouTube, under the video description, the person who uploaded the file wrote on Wednesday that he got five months suspended licence.

“I lost my job as a driver and every Monday and Friday I need to report to Aradippou police station because the court said I am a criminal.”

The YouTube user also said his name was placed on a stoplist, adding that prosecutors told the judge that an officer approached the man’s vehicle and smelled alcohol and when the driver refused a Breathalyzer test he then attacked the officer.

The YouTuber also ended the video by saying he couldn’t upload the rest of the video because it was not handed back to him, while he urged fellow drivers to react against police who act “illegally and in violation of the constitution.”

Similar incidents have stirred debate on social media, while members of the police force in Cyprus have in the past raised concerns over their right to privacy while on the job. In some cases, officers detained individuals, citing concerns that video or audio may appear on social media, thus reposting their information in the public domain.

But Andreou also argued that recording a person without his or her consent was not permitted.

“When the person does not consent to being recorded, whether he or she is a police officer or a private citizen, then nobody is allowed to record them,” the police spokesperson said.

According to legal experts, it is not illegal to record someone in public, including police officers, as it is not reasonable to have an expectation of privacy in such situations.

The driver’s next court appearance has been scheduled for January 2020, when he is expected to face multiple charges including resisting arrest, assaulting an officer, and unlawful filming. 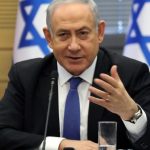 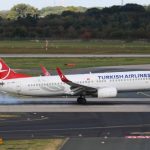