Turkey is not shy of exploiting the advantages it holds over the European Union to further its cause in eastern Mediterranean oil disputes, energy consultant Vanan Meliksetian wrote in an op-ed for industry news site Oil Price.

But while EU states’ fears that Ankara could send a flood of migrants their way amount to considerable leverage, Turkey’s status as a NATO member and economic ties to the West should prevent any extreme action, he said.

Turkey and the EU have been sparring over the rights to potentially rich hydrocarbon reserves around Cyprus. The island has been partitioned since 1974 to counter a Greek Cypriot coup that aimed to unify Cyprus with mainland Greece.

The Republic of Cyprus is widely recognized and is an EU member, but Turkey backs and is the only country to formally recognize the breakaway Turkish Republic of Northern Cyprus.

The Turkish navy has blocked attempts by international companies to drill around the island, while Turkey’s own surveying vessels and drillships have been searching in disputed areas with naval escorts.

The EU views these activities as illegal, and last week EU foreign ministers laid the framework to impose sanctions on individuals and institutions involved, including asset freezes and travel bans.

But Turkey, Meliksetian said, had not hesitated to use its own leverage over its European neighbors, especially the 3.6 million Syrian refugees that President Recep Tayyip Erdoğan has frequently threatened to send onward to Europe.

“President Erdoğan has already threatened to flood Europe with the displaced persons who for several years have called Turkey their home. According to some Greek officials, Ankara has the capability to immediately send 500,000 refugees over into Europe,” he said.

“More importantly, thousands of detained ISIS fighters are currently in Turkish jails or under the supervision of Turkey-backed Arab fighters in Syria. Ankara is calling on European countries to allow the radicalized citizens to return to their country of origin to face trial there,” he added.

However, even though EU states face significant difficulties in processing returned fighters, Turkey is not likely to take any actions that would spark a serious conflict with Europe, according to the analyst.

“Realistically, Turkey’s options here are limited. Despite the fraught relations, the country remains a member of NATO and its most important economic partners are Western countries. Therefore, Ankara will most likely choose to deescalate before matters go out-of-hand,” he said. 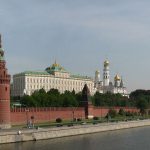 Moscow welcomes tripartite meeting on Cyprus to be held in Berlin 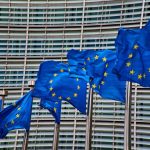