Presidential Spokesman Barış Burcu stated that the Toros Exercise, which was being organized jointly by the Turkish Peace Forces (KTBK) and the TRNC Security Forces Command (GKK) will not take place this year either, as in previous years.

Burcu went on to say that they have decided to cancel the exercise after the Greek Cypriot side has also decided not to hold the Nikiforos exercise.

Burcu said that this year’s maneuvers had been canceled following consultations with Turkey. 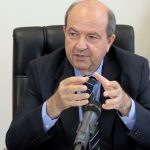 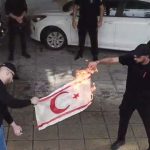