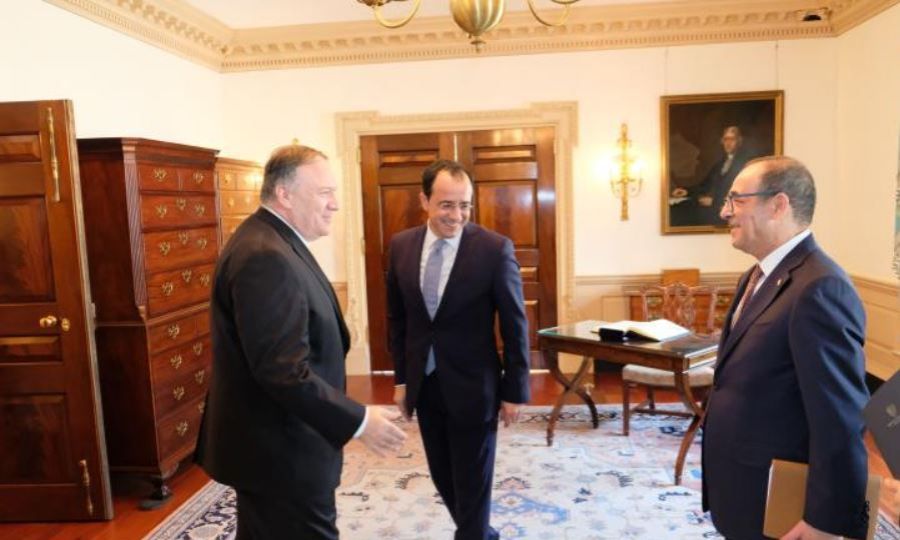 State Secretary Mike Pompeo underlined the commitment of the United States in the Eastern Mediterranean and the deepening of bilateral relations with South Cyprus on security.

Pompeo reiterated his country’s commitment while welcoming on Monday his Greek Cypriot counterpart, Nikos Christodoulides, at the State Department in Washington.

The two men had a warm and friendly meeting joined also by Philip Reeker, the Assistant Secretary of State for European and Eurasian Affairs.

A State Department official said that the two Ministers marked the first anniversary since the signing of the statement of intent, aiming to enhance their security relations, particularly in fields of common interest for combating terrorism, enhance maritime security and border security and promote regional stability.

This is the second time the two men met this year, after their encounter in Jerusalem last March.

The same official also said Pompeo “confirmed longstanding US policy over the right of the Republic of Cyprus to develop natural resources in its exclusive economic zone and the continued support of the US in Cyprus-led efforts, under the facilitation of the UN, for the reunification of the island in a bizonal bicommunal federation, to the benefit of all Cypriots.”

A Greek Cypriot source said that the discussion concerned the next steps in bilateral relations, in the framework of the statement of intent, which includes a discussion for concluding an agreement over information security and other programs bypassing the existing embargo, until this is lifted by the Congress.

Moreover, talks will start to include Cypriot tourists in the visa waiver program and with a view to concluding an agreement to avoid double taxation.

Christodoulides informed Pompeo about the trilateral cooperation schemes Cyprus and Greece are promoting in the region, with the US top official reiterating his support to a “3+1” format.

According to diplomatic sources, Pompeo conveyed the message that the United States is not contemplating a Cyprus settlement other than a bizonal bicommunal federation. He also addressed Turkish drilling activities and rising tensions in the eastern Mediterranean, lending his support to the Republic of Cyprus.

Trilateral Cyprus to meet in Berlin 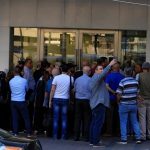