A nerveless Stefanos Tsitsipas came from a set down to beat Dominic Thiem on a thrilling final-set tie-break and become the youngest winner of the ATP Finals in 18 years.

Thiem, 26, who edged a tight first set, fell away in the second and the start of the third before fighting back.

But Tsitsipas forced a tie-break, and then won it, at a raucous O2 Arena.

He collapsed to the floor after Thiem put a forehand return out on the first match point before the pair embraced at the end of a two-hour 35-minute battle, with the Greek kissing his beaten opponent on the shoulder.

Tsitsipas is the youngest winner of the season-ending championships since Australia’s Lleyton Hewitt in 2001 and claims prize money of just over £2m.

“It’s been a rollercoaster. Holding this trophy is amazing,” the world number six said.

“It is a dream come true and the best way to end this match.

“I did get nervous at some points in the match but I managed to forget about how I felt and I had momentum in the tie-break, which was really tight.

“My fighting spirit and me constantly trying to push myself to do better got me there in the end.”

Tsitsipas broke the hearts of many in London on Saturday in knocking out six-time champion Roger Federer and a day later backed that up with a performance that showed why he is regarded as a player who will be one of those at the top of the game when the Swiss and the other current greats move on.

He had been the better player in the opening set only for Thiem to take it on a tie-break but when the Austrian’s level dropped he was there to take advantage.

He did not panic and hit just one unforced error in the second set compared to eight from his opponent – going 4-0 ahead in 14 minutes and wrapping up the set soon after.

Tsitsipas’ entertaining game – full of powerful forehands, laser-like serving and a stunning single-handed backhand – improved further at the start of the third set and he looked set to power on to the title.

But Thiem, a two-time Grand Slam finalist, broke back and leveled as his crunching groundstrokes returned.

In the tie-break, Tsitsipas saw a 4-1 lead become 4-4 before he held his nerve to take the match with three straight points.

Unlike against Federer, the Greek had the backing of the majority of the spectators inside the arena and he celebrated with his fans long after the match had finished, taking selfies and signing autographs.

Can Tsitsipas go on after stellar year?

A year ago Tsitsipas was celebrating winning the NextGen tournament – the end-of-season event for the best players aged 21 and under.

He has now ended his breakthrough season by winning the biggest tournament outside the four Grand Slams and has done so with an entertaining style and exuberant personality that will bring him many fans.

He became the youngest Grand Slam semi-finalist in 12 years at the Australian Open in January, beating Federer along the way, and won two regular-season ATP titles as he climbed into the world’s top 10.

The Greek is just the seventh man to win the season finale on his first appearance and the sixth-youngest winner in history.

He is the fourth new champion of the event in a row – following Andy Murray, Grigor Dimitrov and Alexander Zverev – and will now aim to succeed where Zverev failed this year in turning success in London into a Grand Slam win.

“This year was the best year I’ve had and I want to constantly improve,” Tsitsipas said.

“Things were great this year and I beat some top-ranked players which gave me confidence and I’ve won matches in Grand Slams and Masters 1000s. I think I can do well in the Slams.”

Agonizing end to 2019 for Thiem

Thiem too has had his best year on tour but he ends it with very differing emotions.

He reached a second successive French Open final in June and won five ATP titles, the joint-most on tour along with Novak Djokovic, but a win here would have capped his season in style.

His collapse in the middle of the match allowed Tsitsipas back into the contest but the Austrian still had the momentum after leveling in the decider, and also at 4-4 in the tie-break.

His challenge ended with three errors in a row at the end of the breaker, however, and he described it as a “probably” the toughest defeat of his career – more so than his two defeats by Rafael Nadal in the final at Roland Garros.

“It is very hard to digest but I have had some amazing wins even this week,” said the Austrian, who beat Federer and Djokovic in the round-robin stage.

Despite the loss Thiem has progressed this season, becoming far more than the clay-court specialist he may previously have been considered to be, and will end the year as world number four.

Herbert, 28, and Mahut, 37, won the Australian Open earlier this year to complete a career Grand Slam and now become the first French pair to win the season finale since 2005.

Last year’s beaten finalists did not lose a match – or drop a set – during the week in London. 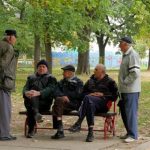 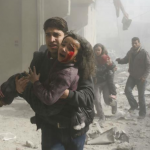