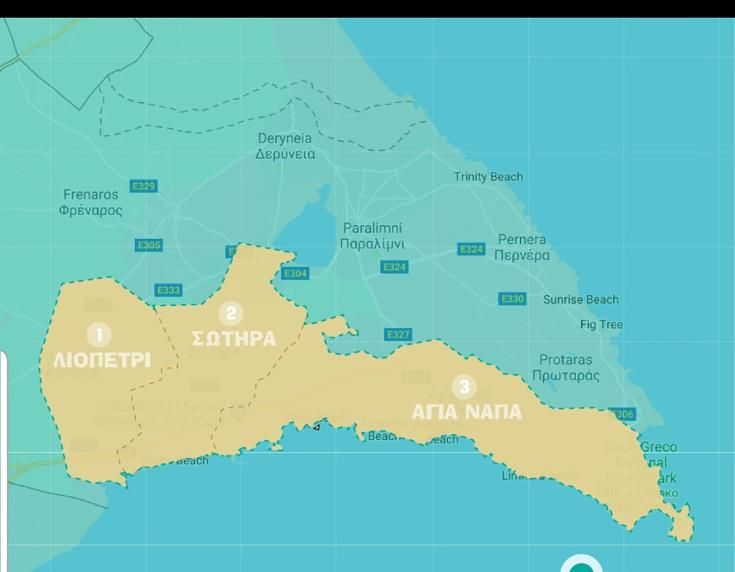 Ayia Napa Municipality said on Monday that a merger with Sotira and Liopetri will create  Cyprus’ biggest coastal municipality and one of the top three tourist destinations in Europe.

The government is proposing to merge Cyprus many municipalities as part of efforts to increase efficiency and reduce costs.

Ayia Napa Municipality said it agreed with the reform of local government authorities but said decisions should be the appropriate ones so as to protect and enhance tourism.

As regards Ayia Napa itself, it was important to take seriously into consideration its vision to evolve into one of Europe’s best three tourist destinations by 2030, the municipality added.

“Ayia Napa is a world brand that is worth billions as it contributes 800 million euro to Cyprus’ GDP every year and host 30% of overnight stays with more than 30,000 beds and a population of 40,000, tourists and locals, on average daily,” it said.

“With a budget of 20 million euro and the high levels of satisfaction from visitors, residents, and companies, Ayia Napa is the metropolis of Cyprus tourism,” it added.

All this must be taken into consideration in the merger of municipalities so that Ayia Napa is reinforced and not absorbed. The municipality itself has reviewed the various studies and decided on a merger with Sotira Municipality and Liopetri community to create Cyprus’ biggest tourist municipality with a coastal front of 25 kilometers.

Such a merger would address various challenges and the specific concerns of Ayia Napa as the brand will be retained to the benefit of all and tourism will be enhanced, it added.

The new municipality will be able to operate immediately and effectively from day one, while the benefits of tourism and the economic and business advantages of Ayia Napa will be combined with the benefits of the hinterland, the joint coastal front and the population of Sotira and Liopetri.

Such a scenario is confirmed by a number of studies and surveys carried out by international organizations, auditing firms, and EU research programmes, it concluded. 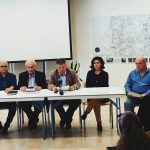