Here is the statement published on the official site of ELAM:

“The National People’s Front is once again in the crosshairs of the occupying authorities, proving for the umpteenth time, beyond doubt, that on this island the only problem is Turkey,” the party said.

“We reiterate that for us it is a medal and a title of honor, the fact that we are the only problem of the conquerors! At the same time, we send a clear message to every Mustafa and to every Ozersay that on this earth there are still Greeks who resist and do not worship the conquerors.

There are still those who will never become “liked”, nor the “good children”, because they learned to be proud… the Elamites will never respect any flag of the occupation, nor any symbol of the conqueror!” 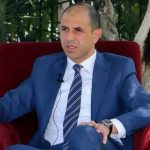 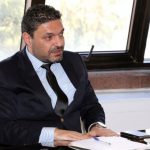