President Mustafa Akıncı condemned the burning of the TRNC flag by racist, Elam in Southern Cyprus.

President Akıncı’s statement is as follows:  I condemn the burning of the TRNC flag by racist, fascist Elamists in Southern Cyprus.

Another mistake has been added to the often-repeated mistakes of this organization, which does not tolerate and respect Cyprus’ equal partner Turkish Cypriots and their symbols. It is clear that ELAM, which transcends hate speech and acts as an act of hate, serves the hostility that it feeds politically.

It is worrying that there is still no lessons learned from such hate and violent actions that have filled Cyprus’s past with pain.

Our island does not need to fill the minds of young people with the hearts of hate. Hate is a heavy burden for both Cyprus and humanity.

The right thing is not to increase the burden of hate, but to get rid of that burden as soon as possible. The correct step was taken by the Greek Cypriot family who took the Turkish flag from the primary school in Akdoğan and apologized to the Turkish Cypriot people by stating that they understood and regretted their children’s mistake was a behavior that should be taken as an example.

I would like to state that we expect the right voices against the behavior of the ELAM fascists to emerge primarily from Greek society. For Cyprus where respect to the common values ​​and symbols of societies is essential, there should be no room for hate speech and hate actions. The need for this is not bad examples, but correct and good examples. 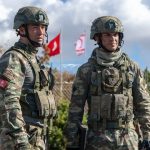 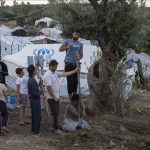