Three women have been arrested after being accused of running a brothel in Limassol, just days after the police chief said he was waging war on prostitution.

Police officers raided an apartment in Limassol district on Tuesday and arrested three women from Romania, aged 30, 19, and 18.

According to a police statement, the three females were arrested on “prostitution” charges based on accusations that emerged during the operation in the afternoon, while the women were also suspected of “operating a brothel.”

Officers, who were armed with a search warrant, searched the apartment in the presence of the three suspects, confiscating a number of items including money, mobile phones, and items believed to be associated with the alleged offences.

A small quantity of white powder, believed to be cocaine, was found during a body search on the 18-year-old woman, according to police.

Michaelides, who was a guest on a radio programme on Saturday, said police were focusing on the “fight against prostitution” as one of the main priorities.

While prostitution is not illegal in the Republic of Cyprus, trafficking and pimping are offences punishable by law.

But the sex industry is also unregulated, meaning that sex workers and those who can otherwise legally make a living by prostituting themselves could end up in prison for up to two years on misdemeanour charges for violating laws that ban the organisation and running of brothels. 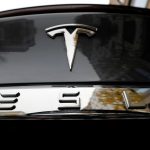 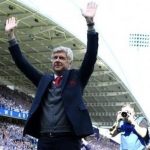