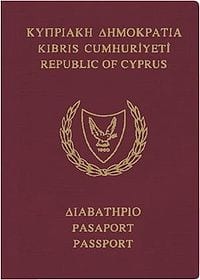 The political responsibility for the scandals of the government’s ‘golden passports” program is grave and lies entirely with Nikos Anastasiades and the DISY government.

The decisions they have now taken – following our country’s humiliation internationally – neither wash away the government’s responsibility, nor do they ‘close’ the issue.

The government’s decisions cannot hide the fact that the President and the Government initially weren’t replying to the pressing questions raised. They subsequently reassured the people that there was no problem and then they were labelling as “enemies of the country” all those who were asking questions about the scandals.

Who, if not the Anastasiades government, will take the responsibility:

• Firstly, for the country’s humiliation/ridicule and,

• Secondly, for the setting up of this industry of manipulation, non-transparency and greed?

When the…”antidote” that the Archbishop took for his real estate intermediary is put at 300,000 euros, everyone understands:

• How much money is involved in this industry the government set up and,

• How many interventions were being made through relations with the executive power so that numerous cases could be promoted.

These aren’t done by mistake, nor are they due to inadequate rules. These are committed because of corruption and everyone can comprehend why Cyprus from 2013 up to 2018 has slipped down in the table of international indicators on corruption. We await to see what the figures for 2019 will show.

As a result, the whole of Cyprus knows the truth.

• They wouldn’t have conducted any investigations,

• Nor would citizenships have been revoked.

Just as, they didn’t do anything about the naturalizations of the Cambodian officials.

Just as, in any case, the President still hasn’t given an answer to the question which isn’t being investigated by the Auditor General – as Mr. Anastasiades misleadingly claimed – concerning the Saudi Arabian Sheikh. The Auditor General is looking into the President’s official trips, and not into the recreational trip to the Seychelles with the Saudi Arabian Sheikh’s private jet.

So, once again we ask the following questions:

Did Mr. Anastasiades use the Saudi Arabian Sheikh’s private jet for his family vacations in Seychelles?

Yes or No? How difficult is it really to give an answer?

Evidently, the fact that he hasn’t replied for 20 days is an eloquent reply.

• And precisely because neither the President, nor the Presidential Palace is giving any answers, AKEL today has tabled the matter to be discussed in the Parliamentary Audit Committee on this specific trip. 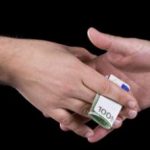