Iraq is targeting Turkey as one of a possible export route alternatives for oil transportation from the oil-rich Basra region that has seen its exports hamper due to protests in the country, Iraqi Oil Minister Falah Alamri Jassim told Anadolu Agency on Monday.

Iraq is calling on Turkish investors to extend pipeline projects from Basra to Ceyhan, and to rehabilitate strategic pipelines, to develop the oil-rich city of Basra, Jassim said.

He described the Arabian Gulf as “the primary route for Iraqi oil exports but contended that it also needs flexibility in its oil export routes.

As tensions in the Arabian Gulf could interrupt the transportation of Iraqi oil to international markets, the country, which economy is heavily dependent on crude oil export revenues, is seeking alternative export routes. Considering that Syria is not an appropriate choice for investments due to safety reasons, Turkey and Jordan are seen as options for new routes for Basra oil.

Baghdad’s main objective is to diversify its export points of oil, Alamri said and added the diversification of export resources and routes depends on Iraq’s needs, political and economic situation and the security of pipelines.

Alamri said that the development and security of the oil-rich city would be assured as the necessary export plans and projects expand.

He urged that Turkish investors invest in pipeline projects extending from Basra to the Turkish port of Ceyhan, as well as the rehabilitation of strategic pipelines to develop Basra.

Turkey is involved in many projects in Iraq’s energy sector and is known as one of the largest investors in Iraq, Alamri said.

“In fact, all foreign investors in Iraq are competing with each other,” he said and added that China, which ranks first in energy investments particularly in Basra, is followed companies in the U.K., South Korea and Russia.

– Iraq aims to double its oil production by 2030

Energy relations, which was one of the problems between Ankara and Baghdad, turned over a new page when Turkey sided with the Baghdad administration after the Iraqi Kurdish Regional Government held an ‘independence referendum’ on Sep. 25, 2017.

Iraq, which produces more than 3.5 mb/d, aims to double its oil production by 2030. In line with this goal, Baghdad allocated an investment budget of around $7 billion in early 2019 to develop five giant oil fields in the Basra region.

However, anti-government protests, which began on Oct. 1 and spread throughout the country, spawned heavy costs for the country’s economy, especially in the oil trade. As the demonstrators closed Iraq’s main Gulf port of Umm Qasr near Basra, the country’s import and export activities were hampered.

On Oct. 3, Iraqi Prime Minister Adel Abdul-Mahdi urged a return to normal life and said the threat to the oil industry, the blocking of access to ports and delaying commercial goods entrance to Iraq had caused price increases. 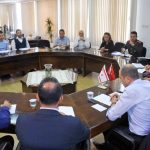 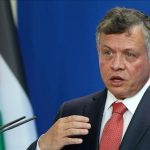 ‘Jordan’s sovereignty above all else’: King Abdullah II