More allegations of money laundering implicate Cyprus with a special report saying a Florida account accessed by the daughter of late Venezuelan president Hugo Chavez had money transfers from a bank on the island.

According to InSight Crime, an online multinational foundation from North and South America, Maria Gabriela Chavez had access to a bank account at the Mercantil Commercebank in Miami, which was opened in the name of her boyfriend, Roberto Leyba.

Leyba’s account, according to the InSight Crime which cited a report by daily Diario Las Américas, Chávez allegedly used a secret bank account in the United States for two years to make million-dollar purchases.

The secret account received at least ten transfers from an account at the Bank of Cyprus, according to the report, in the name of Atlantides Shipping as deposits that were listed as commissions for the purchase of a vessel.

Further allegations in the report suggested that the account in Florida was involved in suspicious transactions between late 2015 and mid 2016, including purchases made by Maria Gabriela Chavez at luxurious shops and restaurants in New York while on a diplomatic mission.

The Miami account was then closed on suspicion that it contained money and transactions from money laundering activities.

Maria Gabriela, known as the ambassador daughter, is rumoured to be Venezuela’s richest woman, with a personal fortune of more than €4 billion, hidden in bank accounts across Europe. 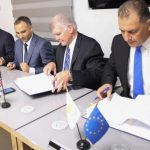