The Turkish drillship Fatih will begin a new drilling operation off Cyprus within the next few weeks, Turkey’s Energy Minister Fatih Dönmez said on Wednesday.

The ship, which left its location West of Cyprus last week, is currently in the southern Turkish province of Mersin for refueling and maintenance, state-run Anadolu news agency quoted Dönmez as saying.

Turkey is at odds with Cyprus and Greece over the potentially rich hydrocarbon reserves in the Eastern Mediterranean.

Ankara says the TRNC in the north of the island, which only it recognizes, has a right to a share in the reserves, while the Greek Cypriot government says any proceeds from gas drilling will be shared fairly after a peace deal is established. Ankara has its own claims in the seas around the island, some of which overlap with Cyprus’s exclusive economic zone (EEZ).

The Fatih carried out drilling in two locations off the divided island  after Turkey sent the vessel inside Cyprus’s EEZ in May.

“It has completed its drilling in the Finike and has come to the port of Tasucu in Mersin for refueling,” Dönmez said, adding that it would start drilling in areas licensed by the Turkish Cypriot administration.

Dönmez said the Yavuz had started drilling in the Güzelyurt area a few weeks ago, while research vessels Oruç Reis and Barbaros were also continuing their search.

“If there is anything, we will find it and we will announce it,” he said. 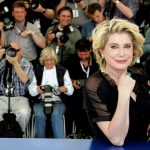 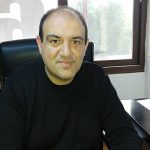 Mostly fine with increased cloud in the afternoon