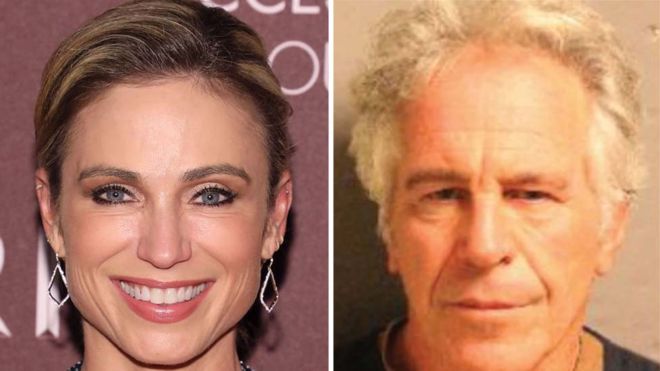 Leaked footage shows a US TV anchor complaining that editors “quashed” a story about pedophile Jeffrey Epstein due to pressure from the Royal Family.

ABC’s Amy Robach is seen in the clip griping that her interview with an alleged victim of Epstein and Prince Andrew never made it to air.

“The Palace found out,” she says, “and threatened us a million different ways.”

Epstein was found dead in a jail cell while awaiting trial for sex crimes.

The death of the wealthy financier last August was ruled a suicide by investigators.

In the video, Ms Robach vents frustration that her 2015 interview with Virginia Giuffre – formerly Virginia Roberts – was never broadcast.

The clip was leaked on Tuesday by Project Veritas, a group that seeks to expose perceived liberal bias in the mainstream media.

Ms Giuffre, 35, alleges she was abused by Epstein and was ordered to have sex with powerful men including Prince Andrew, the Duke of York.

In court documents, she said she was forced to have sex with the British royal on three separate occasions while she was under the legal age of consent.

Prince Andrew has denied having “any form of sexual contact or relationship” with Ms. Giuffre.

What does the video show?

“I’ve had this story for three years. I’ve had this interview with Virginia Roberts,” says Ms Robach, speaking to someone off-camera.

“We would not put it on the air. First of all, I was told, ‘who’s Jeffrey Epstein? No one knows who that is. This is a stupid story.’

“Then the Palace found out that we had her whole allegations about Prince Andrew and threatened us a million different ways.

“We were so afraid that we wouldn’t be able to interview Kate and Will.

Buckingham Palace has not responded to the allegation.

She also says that the interview included allegations against former US President Bill Clinton.

“We had everything,” she continues. “I tried for three years to get it on, to no avail.

“And now it’s all coming out and it’s like these new revelations and I freaking had all of it.”

How have ABC responded?

In a statement after the footage leaked ABC stood by its decision not to air the interview, saying the reporting did not meet its standards.

“But we have never stopped investigating the story,” the statement continues, adding that “substantial resources” had been dedicated to investigating Epstein.

In a separate statement, Ms Robach said she “was caught in a private moment of frustration” last summer as the Epstein story unfolded.

She said she was “upset that an important interview I had conducted with Virginia Roberts didn’t air because we could not obtain sufficient corroborating evidence” to meet ABC’s editorial standards.

“My comments about Prince Andrew and her allegation that she had seen Bill Clinton on Epstein’s private island were in reference to what Virginia Roberts said in that interview in 2015.

“I was referencing her allegation – not what ABC News had verified through our reporting.”

She added that “in the years since no one ever told me or the team to stop reporting” on Epstein. 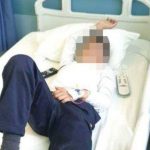 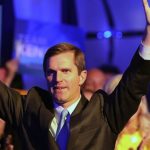