Emma Watson says she is ‘self-partnered’ rather than single Emma Watson has described herself as “self-partnered” rather than single while discussing the pressure of turning 30.

The Harry Potter star, whose 30th birthday is in April, said she had a “tough” year because she “had all these ideas” about how life should be at her age.

In an interview with British Vogue, she said she previously couldn’t understand why everyone would “make such a big fuss about turning 30”.

But she admits that after turning 29, she began to feel “stressed and anxious” because of an “influx of subliminal messaging”.

The actress said she had never believed in what she called the “‘I’m happy single’ spiel” but now feels much more secure.

“It took me a long time, but I’m very happy [being single],” she said.

“I call it being self-partnered.”

Watson has spoken out on numerous occasions about female empowerment and has advocated for the Time’s Up movement, which fights sexual harassment in the film industry.

Last year, the actress donated £1m the UK Justice and Equality Fund, which aims to end sexual harassment in Britain.

Watson, who is starring as Margaret “Meg” March in the 2019 film adaptation of Little Women, told British Vogue: “With Meg’s character, her way of being a feminist is making the choice – because that’s really, for me anyway, what feminism is about.

“Her choice is that she wants to be a full-time mother and wife. To Jo [Saoirse Ronan], being married is really some sort of prison sentence.

“But Meg says, ‘You know, I love him and I’m really happy and this is what I want… And just because my dreams are different from yours, it doesn’t mean they’re unimportant.'” 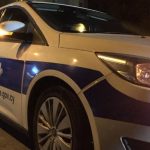