Grammy winner Ariana Grande and record-breaking rap star Lil Nas X have been snubbed at the MTV Europe Music Awards, missing out on any gongs despite more than a dozen nominations between them.

The American artists were the biggest losers at the annual ceremony, falling short of the likes of Taylor Swift, Billie Eilish and K-pop superstars BTS, who all secured two wins each.

It was also a good night for ex-Oasis frontman Liam Gallagher, who thanked judges for “recognizing my brilliance” after being handed the first-ever MTV Rock Icon award.

Gallagher delighted the audience in Seville by performing a two-song set – a singalong rendition of Wonderwall and his new single Once, from his second solo album Why Me? Why Not.

He also told the crowd: “I was here last year. I want to recognize MTV for recognizing my brilliance.”

Gallagher may have closed the show but its focus was on celebrating “Year Of The Woman”, with host Becky G declaring on the red carpet: “We are about that girl power always, I think that’s what’s happening right now.”

There were two wins each for songstresses Swift and Eilish, with the latter blowing her fans a kiss in a video message after winning best song for Bad Guy and best newcomer.

Swift, hot from the release of her seventh album Lover, won best US act and best video.

The two awards for BTS – who have led a wave of K-pop music sweeping the global scene – were for best live and biggest fans, but they were not present at the show.

There was some K-pop presence on-stage, as NCT 127 became the first-ever K-pop group to perform at the awards, and another live performance came from British star Dua Lipa.

She kicked off the night with a high-intensity performance of her new single Don’t Start Now, joined by a troupe of dancers clad in white body-suits as she sung the disco-tinged track from her upcoming album.

Host Becky G, Halsey, Mabel and Spanish singer Rosalia also performed live at the event, which boasted just as much star power in its audience as it did on its stage.

Footballer Cristiano Ronaldo was among those who attended, seen arriving with girlfriend Georgina Rodriguez.

As for Grande and Lil Nas X, their failure to pick up any awards will have come as a surprise to fans as both have enjoyed landmark years so far.

Grande, 26, who was back in Manchester in August to perform at the city’s Pride celebrations, won her first Grammy earlier this year for the best pop vocal album with her record Sweetener.

The best artist and best song were among the awards she had been nominated for at the show in Seville.

Lil Nas X had also been nominated for best song and five other awards, with his hit Old Town Road becoming one of the most recognizable tracks of the year.

The song – a collaboration with Billy Ray Cyrus – broke the record for the longest-reigning number-one single in US chart history back in July. 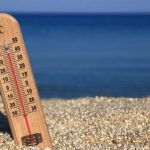