UK Drivers who use their mobile phones to take photos or browse through social media while at the wheel will soon face prosecution.

Transport Secretary Grant Shapps said an urgent review will be carried out to tighten up the existing laws on hand-held mobile use by motorists.

Currently, reckless motorists can only be prosecuted if they are caught using hand-held phones to call or text.

Those who drive while taking photos, filming video or scrolling through music playlists and social media are exempt from punishment due to a legal loophole.

Drivers caught holding phones for any reason could face six points on their license and a fine of up to £200 after the Department for Transport (DfT) revises the legislation.

The new law is expected to come into force by spring 2020.

It follows a recent report by the Commons’ transport select committee which urged the government to introduce tougher restrictions on using mobile phones while driving.

The committee also recommended that ministers should consider a ban on hands-free use, but the DfT has no plans to introduce the measure.

Mr Shapps said drivers who use hand-held devices are putting lives at risk by “hindering their ability to spot hazards and react in time”.

He continued: “This review will look to tighten up the existing law to bring it into the 21st century, preventing reckless driving and reduce accidents on our roads.”

There were 683 casualties on Britain’s roads last year in crashes where a driver using a mobile was a contributory factor – resulting in 29 deaths and 118 serious injuries.

Earlier this year, Ramsey Barreto successfully appealed against a conviction for filming the scene of a crash while driving after his lawyers argued the rules only relate to using a phone for “interactive communication”.

Labour MP Lilian Greenwood, who chairs the committee, described the announcement as “great news”, but warned that “the risk from hands-free devices is just as real”.

RAC road safety spokesman Simon Williams sad the new rules are “only as powerful as the level of enforcement”.

He explained that there is a “much lesser chance of being caught in person today than there was 10 years ago” due to the low number of road police officers and absence of sufficient technology. 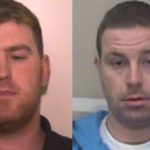 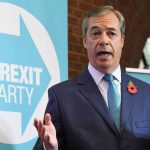