The body of British backpacker Amelia Bambridge has been found at sea, Cambodian police say.

Officials confirmed the 21-year-old’s body had been found 30 miles from where she went missing.

The gap year student, from Worthing, was last seen at a beach party on Koh Rong island at 3 am on 24 October.

She was traveling on her own for the first time and had been due to check out of the Nest Beach Club hostel later that day.

A total of 147 police, navy and military personnel were joined by volunteers who searched both the mainland and sea for the Briton.

Police have been focusing their search on the coast and sea as Amelia was last seen at a party at Police Beach, where her handbag was found with her purse, phone and bank cards inside.

Earlier this week, six men were brought in for questioning in connection with Amelia’s disappearance.

The men, who are all Cambodians, work in bars and hotels on Koh Rong island where Amelia was last seen.

Provincial deputy police chief Nop Panha said on Tuesday the men were being questioned as witnesses at police headquarters in Sihanoukville in the neighboring province, and have not been arrested.

Amelia’s family flew out to Cambodia this week to try and track her down, with her father, brother and uncle boarding a boat to join a sea search.

A specialist search-and-rescue dog was also brought in to look for the British backpacker on Wednesday to help detect areas where Amelia’s scent could be found.

Officials had been checking the trails around the beach after CCTV showed her heading to the party just before 2am but not returning.

Her father Phil Bambridge previously told Sky News he believes she was taken and is inland after he combed through CCTV footage of the night she went missing. 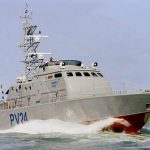 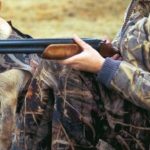