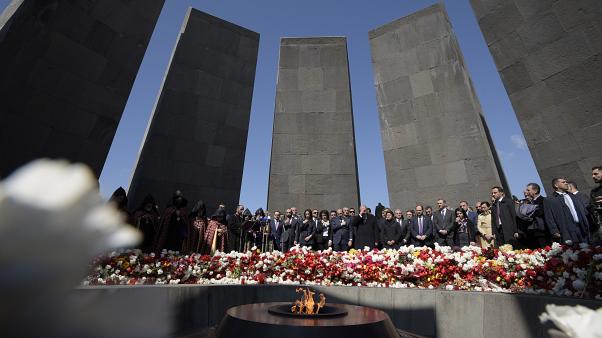 The US House of Representatives has voted overwhelmingly in favour of recognising the mass killing of Armenians by Ottoman Turks during World War One as genocide.

The issue is highly sensitive and comes amid deteriorating US-Turkey relations.

Turkey’s President Recep Tayyip Erdogan said the “worthless” vote, which was held on Turkey’s National Day, was the “biggest insult” to Turkish people.

There is general agreement that hundreds of thousands of Armenians died when the Ottoman Turks deported them en masse from eastern Anatolia to the Syrian desert and elsewhere in 1915-16. They were killed or died from starvation or disease.

The total number of Armenian dead is disputed. Armenians say 1.5 million died. The Republic of Turkey estimates the total to be 300,000. According to the International Association of Genocide Scholars (IAGS), the death toll was “more than a million”.

How did the House vote?

The resolution passed by a vote of 405 to 11. House Speaker Nancy Pelosi joined her colleagues “in solemn remembrance of one of the great atrocities of the 20th Century”.

Mr Biden tweeted: “By acknowledging this genocide we honour the memory of its victims and vow: never again.”

It is the first time in decades that the full House has considered such a measure. In the past, attempts were thwarted by concerns that it could damage relations with Turkey, a Nato ally, and intense lobbying by the Turkish government.

The chairman of the House Intelligence Committee, Adam Schiff, whose California district is home to a large Armenian-American population, tweeted: “The House just voted to recognise the Armenian Genocide – a vote I fought for 19 years to make possible, that tens of thousands of my Armenian American constituents have waited decades to see.”

To become official policy, the resolution needs to be approved by both houses of Congress and then be signed by the president. But there is no vote scheduled on the measure in the Senate.

The House also voted overwhelmingly to call on President Donald Trump to impose sanctions on Turkey and some of its officials over the country’s military offensive against Kurdish fighters in northern Syria.

Kurdish troops have been allied to the US in fighting the Islamic State (IS) group.

How has Turkey reacted?

It has strongly condemned the move. Speaking on television, Mr Erdogan said the Turkish parliament would respond to the House vote, saying: “This step which was taken is worthless and we do not recognise it.”

Earlier, Foreign Minister Mevlut Cavusoglu called the vote “null and void”, saying it was revenge for the offensive in Syria.

Mr Cavusoglu tweeted: “Those whose projects were frustrated turn to antiquated resolutions. Circles believing that they will take revenge this way are mistaken. This shameful decision of those exploiting history in politics is null and void for our government and people.”

Turkey denies that there was a systematic campaign to slaughter Armenians as an ethnic group during World War One.

On Wednesday, the US ambassador to Turkey, David Satterfield, was summoned by the Turkish foreign minister over the vote.

The dispute about whether it was genocide centres on the question of premeditation – the degree to which the killings were orchestrated.

Many historians, governments and the Armenian people believe that they were; but a number of scholars question this.

Turkish officials accept that atrocities were committed but argue that there was no systematic attempt to destroy the Christian Armenian people. Turkey says many innocent Muslim Turks also died in the turmoil of war. 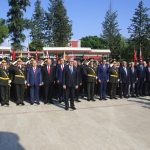 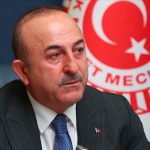