Police officers are working to identify 39 people found dead in the back of a lorry in Essex as part of a wide-ranging murder investigation into the UK’s worst such tragedy in almost 20 years.

The possible role of cross-border organised crime groups was a key priority for Essex police, who were alerted to the discovery by the ambulance service at 1.40am on Wednesday.

The bodies of 38 adults and one teenager were found in a refrigerated unit at an industrial park in Grays. The discovery that prompted expressions of horror and demands for justice from politicians and witnesses.

The 25-year-old driver, identified by police and community sources as Mo Robinson, from Portadown in County Armagh, was arrested on suspicion of murder.

The lorry was later driven away past a cordon of officers who bowed their heads and removed their hats.

Alongside the murder inquiry, a parallel investigation has begun to examine whether organised crime networks – widely believed to be behind a recent surge in people-smuggling operations seeking to bring migrants to the UK – played a role.

It is unclear whether Robinson was aware of any plans to bring people to the UK.

Initially police said the lorry had originated in Bulgaria. But amid a swirl of information, they later said the trailer – the rear section of the vehicle, containing the bodies – travelled from Zeebrugge into Purfleet, Essex, and docked in the Thurrock area shortly after 12.30am.

The tractor unit – the cab section at the front in which the driver sits – travelled separately from Northern Ireland. Robinson is believed to have picked up the trailer minutes before the ambulance service was alerted.

On a day of fast-moving developments:

Bulgaria’s foreign ministry said the Scania lorry was registered in Varna, a city on the country’s east coast, under the name of a company owned by an Irish citizen.

The ministry said police had said it was “highly unlikely” the victims were Bulgarians.

Officers from the National Crime Agency (NCA) were brought in to investigate the possible role of gangs.

The Police Service of Northern Ireland said it was supporting the Essex police investigation, while the Irish police, Garda Síochána, said they would “provide every assistance possible”.

In an unrelated incident, nine undocumented migrants were found alive in a lorry on the M20 in Kent and were being dealt with by immigration authorities.

Forensic police dressed in white coveralls were seen going in and out of the vehicle in Grays throughout the day. It remained behind a cordon until shortly before 5pm when it was escorted by a number of police vehicles to nearby Tilbury Docks.

Tributes to the unidentified victims were led by the prime minister, Boris Johnson, who said he was “appalled by this tragic incident”. It is the worst incident of its kind in the UK since the bodies of 58 Chinese people were found in a container in Dover, Kent, in 2000.

Ch Supt Andrew Mariner, of Essex police, said: “This is a tragic incident where a large number of people have lost their lives. Our inquiries are ongoing to establish what has happened. We are in the process of identifying the victims; however, I anticipate that this could be a lengthy process.”

Richard Burnett, the chief executive of the Road Haulage Association, said: “The National Crime Agency have been warning that traffickers are getting more sophisticated and ruthless all the time. We’ve had traffickers climb on top of trucks and unbolt the entire door to let people in and then reattach it and it looks like the seal on the door hasn’t been tampered with.”

The Scania lorry’s windscreen carried a sticker reading “Ireland, the ultimate dream”, and a number of dream-catcher pendants were hanging from the rearview mirror. The sticker matched one on an identical-looking cab pictured on Robinson’s Facebook page.

A member of staff at Hydraquip, one of the businesses with premises behind the police cordon at Waterglade industrial park, said colleagues had not noticed the lorry before going home at 5pm on Tuesday, about nine hours before the emergency services were called to the scene.

It would have been noticed, said the man, who preferred not to give his name. “It’s not unusual for cars to park there, but it certainly is for lorries. They’ve got signs that say no lorries can be parked there at all. It would have got a ticket.”

The East of England ambulance service refused to be drawn on the circumstances in which it was made aware of the incident, saying only that it was called in the early hours of Wednesday and sent five ambulances, hazardous area response teams and a car from Essex and Herts air ambulance.

Vehicles from the British Red Cross attended the scene at the request of Thurrock council. The charity said its staff and volunteers were providing emotional support to members of the emergency services and others dealing with the tragedy.

The home secretary, Priti Patel, said Home Office immigration officials were working closely with the police to establish what had happened.

The NCA said: “We are aware of this tragic incident which is now the subject of a murder investigation being led by Essex police and we have deployed NCA officers to assist. We are working with partners including Essex police and immigration enforcement to provide specialist support to urgently identify and take action against any organised crime groups who might have played a role in causing these deaths.”

Patel appeared before the home affairs select committee on Wednesday afternoon and signalled that she was willing to consider tougher sentences for human traffickers and people smugglers.

She replied: “What we have seen basically through the actions of these traffickers is the worst of humanity and it is right that we use our law enforcement and all aspects of the law through existing legislation to make sure that justice is served and that the perpetrators are prosecuted.

“He’s raised the point about sentencing and of course we have frameworks right now for the sentencing guidelines. It’s something that I’m very happy to discuss with the Ministry of Justice to see what more we can do.”

Johnson tweeted: “I am receiving regular updates and the Home Office will work closely with Essex police as we establish exactly what has happened.” 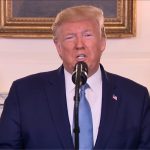 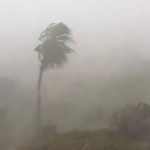