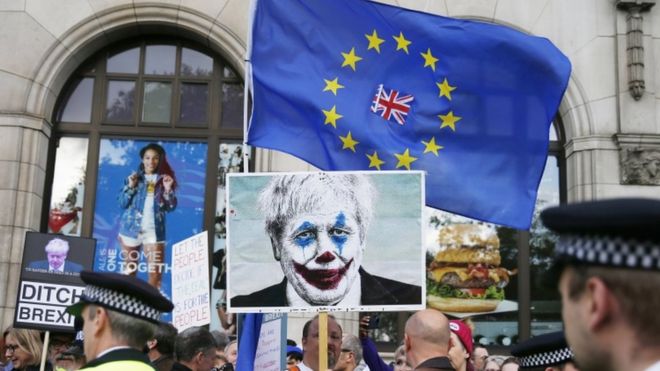 Boris Johnson made it crystal clear on Saturday: he did not want to write to EU leaders requesting another Brexit extension.

And they were crystal clear in telephone calls with him that day that they were far from thrilled to be asked.

But UK law demanded the letter be sent. So now what?

On Saturday, French President Emmanuel Macron repeated his view that a new Brexit extension was not good for anyone.

Boris Johnson literally spelling out his opposition to prolonging the Brexit process by writing a separate letter to Brussels to say so, makes it easier for his peers Mr Macron, Angela Merkel and others to drag their feet a little.

They prefer first to look to the prime minister to make good on his promise to them that their newly-negotiated Brexit deal will *definitely* be passed by parliament.

And time (relatively speaking, of course) is on the prime minister’s and EU leaders’ side. Under EU law the Brexit deadline is not until 31 October.

In theory, Europe’s leaders could wait until the morning of the 31st to hold an emergency summit to discuss an extension.

Right now they are keen to keep up the pressure on MPs, to help them focus their minds on what they really want, rather than rush forward with another extension, allowing them (in EU eyes) to keep going round in circles, never uniting around one particular concrete Brexit plan.

All 27 EU leaders have to agree for a new Brexit extension to be granted and they will grumble, they will moan and they will stamp their feet (metaphorically, at least).

But, if push comes to shove, with the alternative being no deal at all, then, after more than three years of Brexit process and negotiating two Brexit deals with two UK prime ministers, I cannot imagine the EU slamming the door in the face of the UK now.

If the House of Commons refuses to approve the new Brexit deal in the next couple of weeks, then granting a new extension would be in EU leaders’ interest. They are keen not be blamed by their own citizens for a costly no-deal Brexit.

What’s the delay for?

So, through gritted teeth, and only if EU leaders believe that it is needed, they will eventually most likely say yes to an extension. But a short one, if possible.

They will want to know what it’s for. Are there plans in the UK to hold a general election, a second referendum or a referendum on the new Brexit deal? Or is a bit more time needed to pass Brexit-related legislation?

EU diplomats rule out the idea of further negotiations or amending the new Brexit deal, whatever comes out of the House of Commons over the next few days.

The EU fervently hopes this Brexit deal is the last one. Leaders want to move on to the next stage: negotiating future relations between the EU and UK, including a trade deal.

The leaving bit was originally billed as the easy part. 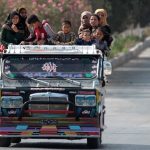 ‘Real owners of region to return to their homes’ 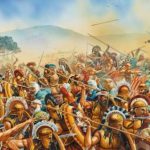