The North Sea Peoples invaded Macedonia and Greece after the terrible eruption of the volcano on Thera.

The population of Greece was greatly reduced. Because of this there was little resistance for the invaders except for a few groups of Achaean’s who had fortified their defenses.

The Kings of Greece and Crete had received warnings that the Vikings were coming from the North. They had enough time to prepare for their impending attack. Fortified enclosures were hastily built. A wall was built around the Acropolis and a tunnel leading to the spring on the North side.

At Mycenae and Tiryus walls were built of un-hewn rocks. Hidden approaches to wells were built. At Corinth a strong wall was built.

Some Achaean chieftains hoped to fight at sea. The remains of their castles are proof that they lost.

The King of Pylos sent his navy to Pleuron on the North coast of the gulf of Corinth. Their ships were manned with 400 rowers and warriors. They provided a coastal observation corps. They knew that the Vikings would land by sea.

Swift charioteers were set up between the watching Navy and the Palace of Pylos. The king of Pylos could not defend the whole coast nor prevent a landing at every point. But he had a good early warning system. But this coastal defense system could not prevent the North Sea Peoples from landing on the coast of Peloponnese.

Hyllus, leader of the North Sea Warriors, made the following proposal to the Greek king: “….There was no need for the two armies to risk their lives in an all out fight. He suggested that thr Pelopenessians chose a champion to fight him in a single combat. He gave his oath (sacred to the Vikings) that if he lost he would withdraw his Army and make no further attempt upon the Peloponnese for a hundred years….”

In this duel, Echemus, King of the Greeks, slew Hyllus. The Vikings abided by their oath and passed on without invading. They returned a hundred years later and occupied the Peloponnese.

The land was then divided between the three great grandsons of Hyllus. Temenus, the eldest, received Argus. Cresphontes took Messene. Aristodemus took Sparta.

Aristodemus, according to Herodotus was the ancestor of the Spartan king. Leonidas, who fell at the head of his 300 Spartans at Thermopile.

The Vikings entered the peninsula shortly before 1200 BC. The palaces and settlements of the Peloponnese were destroyed by earthquakes and fire and not by the invading Northern Warriors.

Between the natural catastrophes and the Northern invasions, the Mycenaean culture ended; circa 1150 and 1100 BC.

The King of Crete sent his fleet to stop the Vikings at sea. He also had 400 war chariots prepared for battle, in case they did land. Armour and weapons of all sorts were made ready. More than 20,000 sheep and 500 pigs were gathered to feed the troops.

But before the Vikings reached Crete the terrible eruption of Thera took place.

Archaeologists found the weapons and remains of the North Sea Peoples on top of the volcanic ash and lava not in it or below it! They came after the disaster.

The Vikings only encountered resistance where some part of the population who had survived banded themselves together in a defensible position.

Who knows what history would have to say if the Vikings tried to conquer Greece and Crete when they were at full strength? 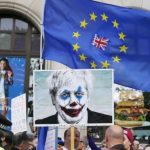 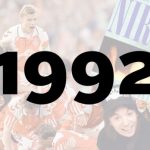