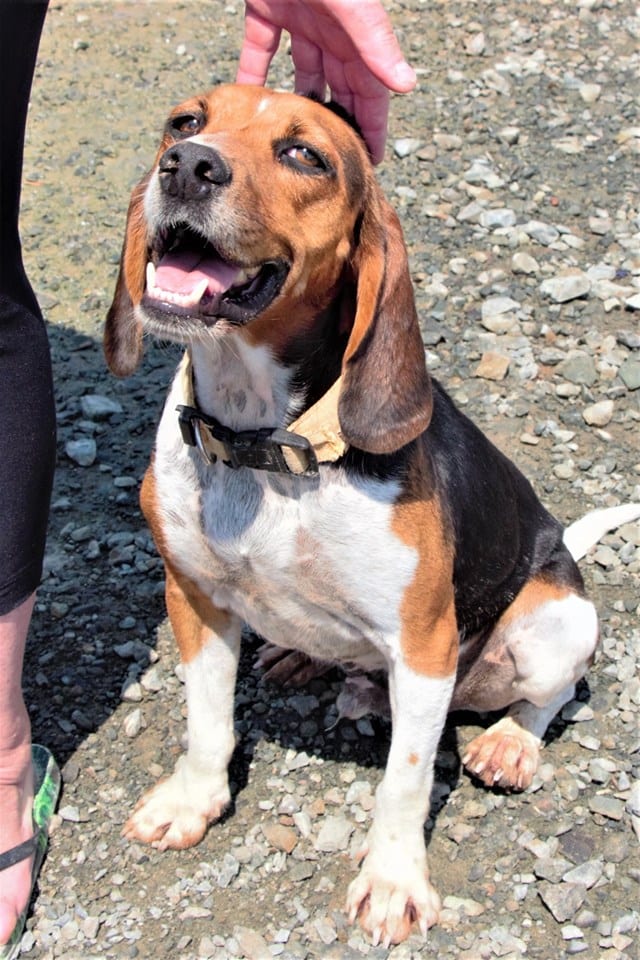 A British mum who spent all her time and money to care for tick-covered dogs living in horrendous conditions said it was ‘the best thing she has ever done’. Dimitra Andreou, 37, quit her job in the UK to move to Larnaca in Cyprus with her family, and to help her husband’s business. But their quiet life on the Mediterranean island proved to be anything but after she ended up fostering dozens of street dogs. Her first plan was to open a dog hotel for extra income, with a few kennels for strays, but the former assistant bank manager couldn’t bear the thought of leaving animals to ‘die of starvation’ and eventually opened her own shelter – the ‘Doggie Warriors rescue sanctuary’. Dimitra, from Leicester, said: ‘When I first moved to Cyprus, I felt extremely upset every time I walked past a stray dog who didn’t even have a drop of water. The shelter relies on donations but there is never enough meaning Dimitra has spent £40,000 of her life savings to cover the costs of the shelter

‘I have seen dogs living in horrendous conditions, cooped up in a small cage covered with excrement and dirty water.

‘It doesn’t get any easier seeing dogs who are skin and bone every day and scared of everything and anything. ‘We have dogs who are covered in ticks and fleas but it more upsetting to see the ones who are mentally suffering. ‘We called one dog the ‘broken boy’ as he was too frightened to look up for three days, I couldn’t even imagine what had happened to him. ‘As much as it breaks you to see them like this, it is so rewarding when they find their trust in us and see that we are here to help. She has found homes for 52 dogs this year

‘Before I moved to Cyprus, I worked full time and was the type of woman who would get my nails done and wear make-up but now half the time I am covered in dog poo. ‘I never thought I would invest all my time and money into looking after and re-homing dogs, but it is the best thing I ever did.’ The shelter relies on donations but there is never enough, she said, to cover its running costs, veterinary bills and food for the dogs. Since January Doggie Warriors has found 52 pooches a forever home, some of which have been flown to Europe and UK to meet their new owners. Estate agent husband Paul Kofteros, 42, has been supportive of the sanctuary from the beginning and puts ‘everything he has’ into it. Dogs looking ‘like skin and bone’ would be taken in and cared for but the donations the shelter receives has not been enough to cover its costs (Picture: Caters News Agency) They are also supported by their children Andrea, six, and Sotiris, five, who volunteer during their spare time.

She added: ‘I quit my job at Alliance bank and moved to Larnaca to be with my husband and help him with his admin but I have stopped doing this to give the shelter my all.I would see mistreated and neglected dogs and I had to do something about it. ‘I used to bring them to a local rescue shelter for check-ups and had fostered approximately 30 dogs before I decided to open up my own shelter. ‘My husband was sick to death of me bringing them back so when I proposed my initial idea of setting up a doggy hotel with some kennels for the strays, he was very supportive.

‘I never opened the hotel as I couldn’t turn my back on the strays, the locals don’t care about them but I do. ‘I love helping them and seeing them thrive with a little love and the medical attention they need. ‘We have kind donations, but it is never enough. It costs £350 per week for food alone and vet bills can be anything between £100 to £400 a time.’