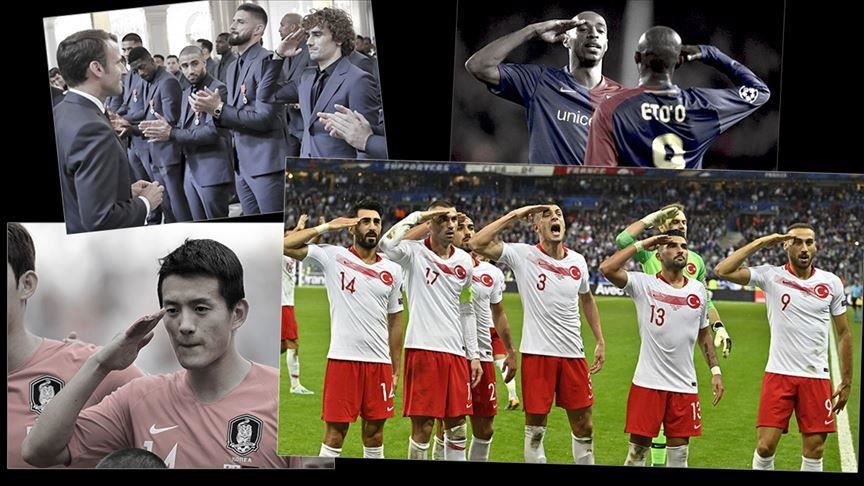 Turkish football players targeted by an official probe seem to be facing unequal treatment compared to fellow players from elsewhere in Europe. But UEFA’s Tuesday decision stands in stark contrast to such football stars as Cristiano Ronaldo, Marcelo, Antoine Griezmann, and Mario Mandzukic, who all did salutes during matches in recent years, but none of whom faced any disciplinary probes.

In July 2018, French star Griezmann made a military salute in front of French President Emmanuel Macron in Moscow, during a ceremony at the 2018 FIFA World Cup final when France beat Croatia 4-2 to be world champions. He faced no UEFA probe.

Decrying the discrepancy on Tuesday, Turkey’s Youth and Sports Minister Mehmet Muharrem Kasapoglu said: “Whoever said nothing about Griezmann’s military salute is trying to distort our footballers’ grateful salute.”

He added: “l call on UEFA to act sensibly on this investigation request.”

Moreover, in October 2013, when he was playing for Real Madrid, Portuguese superstar Cristiano Ronaldo also celebrated a goal by saluting along with his teammate Marcelo.

In March 2009, when playing for Barcelona, French player Thierry Henry and Cameroonian star Samuel Eto’o also did a salute during a UEFA Champions League match against Bayern Munich.

In addition, in November 2012, Croatian international Mario Mandzukic also did a salute when he was playing for Bayern Munich. 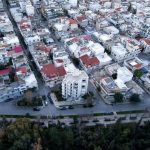 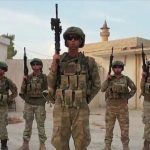 South Cyprus: Airports and checkpoints on agenda at Friday meeting