“Do people really think we should go to war with NATO member Turkey?” he asked rhetorically on Twitter and added: “Never-ending wars will end”.

Trump said the PKK/YPG terror group Turkey is fighting “may be releasing some [Daesh members] to get us [the U.S.] involved in Syria from where the U.S. administration wants to withdraw American troops.

“We are not going into another war between people,” he said, referring to the fight between Turkey and the terror group PKK/YPG.

He also accused European countries, once again, of not living up to their responsibilities with Europe-origin Daesh terrorists. 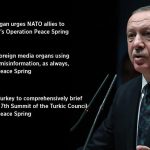 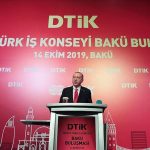