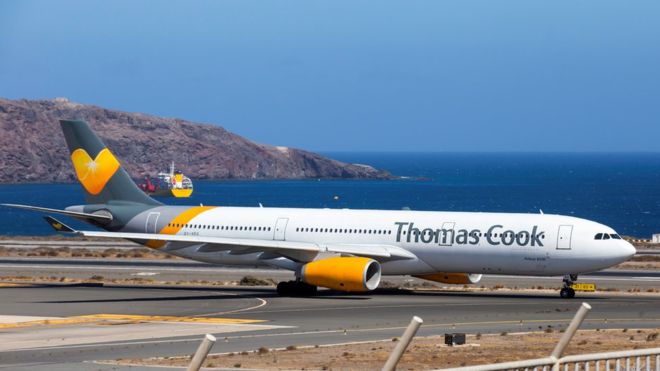 “We have the hotels here, open and waiting – but the customers can’t get here,” says Ramón Estalella, head of Spain’s leading hotelier association.

The sudden collapse last month of one of Europe’s biggest travel groups, Thomas Cook, ruined the holidays of 600,000 stranded tourists.

Hundreds of thousands more had trips booked when the news was announced.

But for parts of Spain’s tourist sector, Thomas Cook’s demise is also an existential threat.

The economic future of industry workers and staff at Thomas Cook’s local suppliers and subsidiaries is at stake.

The Spanish Confederation of Hotels and Tourist Accommodation has said that 1.3 million autumn and winter visitors will be unable to fly into Spanish destinations.

This will result, it says, in the shutting down of at least 500 hotels, generating losses to the tourism sector running into the hundreds of millions of euros.

Spain’s government has announced a package of measures worth €300m (£260m; $330m), including emergency credit lines and a reduction in airport fees, particularly for hubs in the Balearic and Canary islands, plus plans to spend €500m in improving tourism infrastructure.

Closed doors in the Canaries

Spain’s Canary Islands archipelago is preparing for its high season as a popular winter sun destination, but the Spanish government calculates that 400,000 Thomas Cook travellers will not be reaching the islands after all.

The first hotel on the islands to close its doors as a result of the impact on tourism was the Fuerteventura Princess, which had an exclusive deal with Thomas Cook covering 95% of its 688 rooms up to 2023. Its 160 staff are to be laid off, a fate to be shared by at least 3,400 others in the sector, according to estimates.

For Mr Estalella from Spain’s CEHAT hotelier association, an immediate response is required to fill the hole left by Thomas Cook.

“They need to do something to get airlines to pick up the slack and take more slots by slashing costs. We need to take a bigger risk. Meanwhile, it’s unfair that hotels are having to pay VAT on bills charged to Thomas Cook and its subsidiaries which they know they’ll never be paid.”

More than 700 staff at Thomas Cook’s largest subsidiary in Spain say they are the biggest victims of the travel giant’s crash, having not been paid since the summer and now finding themselves in a legal limbo.

The In Destination Incoming agency, based in Palma, Majorca, went into liquidation days after Thomas Cook ceased operations, reportedly announcing debts of a €57m.

“We have no guests in any resorts, but due to Spanish law we have to present ourselves at work every day to complete our 40 hours,” one worker from Palma told the BBC on the condition of anonymity due to what she described as “ongoing legal proceedings”.

“If we do not go, they will take it as our resignation instead of an official dismissal or redundancy, and we won’t be able to claim anything at all,” she added.

Pep Ginard, of the CCOO services sector union in the Balearics, confirmed that staff at In Destination Incoming faced a “long and difficult process” to claim back pay and a redundancy package which, under Spanish labour laws, should be worth at least 20 days’ wages per year of service.

“We are in no man’s land and have just been left. Part of our job was dealing with deaths, rapes, assaults and serious illness. We have worked extra hours with no extra pay as Thomas Cook didn’t follow the new labour laws this year. All of this is for nothing,” the worker said.

Beyond the immediate impact of the Thomas Cook crash, some Spanish tourism sector leaders say there is some soul-searching to be done regarding the future of the country’s biggest industry.

After six years of record international tourist arrivals, reaching 82.8 million in 2018, the negative impact from Thomas Cook’s collapse may lead to stagnation, with growth up to August reaching only 1.5%, according to government figures.

“There is an unsustainable level of saturation in sunshine and sand tourism, and we have to start competing on another level, in long-distance travel,” said Juan Antonio Samaranch, a vice-president of the International Olympic Committee, speaking at an event in Madrid earlier this month.

Spain saw non-European arrivals grow by close to 14% in the first half of this year, but Mr Samaranch claimed that much more could be done, especially to attract visitors from China in search of cultural experiences.

According to Rafael Gallego, president of Spain’s CEAV travel agency association, the Thomas Cook debacle should jog policymakers into realising that increasingly few travellers merely sign up to a package based on a destination’s climate or vibes.

“People travelling today don’t go so much to a place, but rather to do something specific,” he told the newspaper El Mundo.

Nowadays, he argued, tourists were looking for a product. Either active holidays such as playing golf, paragliding and diving, or more leisure-based breaks involving nature, gastronomy and cultural tourism. 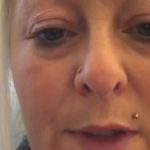