Two civilians were killed and two others injured in southeastern Turkey Friday by a terrorist YPG/PKK mortar attack coming from across the border in northern Syria.

The incident took place when the terror group targeted a house in the border district of Suruc in the Sanliurfa province, amid Turkey’s newly launched anti-terror operation in northern Syria.

Three more mortars fell in an empty land in the district.

Previously, seven civilians — including five children — were martyred in border districts of Sanliurfa and Mardin provinces by YPG/PKK mortar and rocket attacks coming from across the border.

Elif Terim and Mazlum Gunes, two children, who are both 11 years old, lost their lives at the hospital after being critically injured, in the Ceylanpinar district of Sanliurfa.

In Nusaybin district of Mardin province, Fatma Yildiz (48) and her daughters — Emine (12) and Leyla (15) — were also martyred on Thursday, as a result of the YPG/PKK attack.

Turkey on Wednesday launched Operation Peace Spring east of the Euphrates River in northern Syria to secure its borders by eliminating terrorist elements and to ensure the safe return of Syrian refugees and Syria’s territorial integrity.

Ankara wants to eliminate terrorist elements of the PKK and its Syrian offshoot, the PYD/YPG, from the region.

In its more than 30-year terror campaign against Turkey, the PKK — listed as a terrorist organization by Turkey, the U.S. and the European Union — has been responsible for the deaths of 40,000 people, including women, children, and infants. 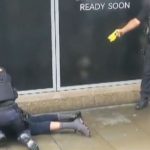