Deputy Prime Minister and Minister of Foreign Affairs Kudret Özersay stated that the effects of the policies we have put forward recently in the Eastern Mediterranean region with Turkey are now obvious.

Özersay evaluated the statement of Claudio Descalzi, Chairman of the Board of Directors of the Italian energy company ENI, “I will not make any drilling if I see a warship in Cyprus offshore.”

Özersay said: “The statement of Italian ENI Company i.e. ‘they do not want and will not carry out drilling activities in the area of Turkey’s continental shelf if it will cause tension’ is a positive development”.

Özersay said on his social media:

“The company has realised that Turkey is serious about this issue and we also as the Turkish Cypriot side are ready for a compromise if these works are to be carried out before a solution. I hope all stakeholders, including international companies, will begin to give the Greek Cypriot leadership the right messages on natural gas. A decisive stance with deterrence in foreign policy can help to achieve results.”

In his statement, Descalzi said that they would not carry out drilling in the event of warships being sent to Cyprus offshore. 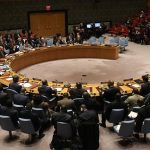 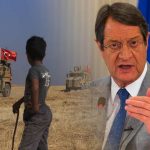