The Deputy Prime Ministry and Ministry of Foreign Affairs recorded that the work coordinated by the Foreign Ministry will continue decisively in line with international law and taking into consideration the rights of former inhabitants of the closed area of Maraş. The written statement is as follows:

“The ongoing work related to the decision of our Government regarding the closed area of Maraş (Varosha) is being undertaken within the framework of international law, as well as with due consideration of the rights of the Evkaf and former inhabitants of the said area. While the closed area of Maraş has remained abandoned to its fate for the past 45 years, due to the intransigence of the Greek Cypriot leadership, with this decision a step has been taken to bring it back to life. The work coordinated by our Ministry on behalf of our Government is continuing decisively.

The Greek Cypriot administration of Southern Cyprus is continuing its efforts to maintain the status quo, which is deemed unacceptable by all relevant parties. As the inventory survey, commenced with the decision taken by our Government, moves forward the Greek Cypriot leadership has taken yet another initiative towards preventing the said work. In this regard the UN Security Council, which made a statement recapping resolutions that are not binding in any way, has been put in a position serving the status quo. Moreover, one of the resolutions referred to in the statement has lost all validity as a result of rejection by the Greek Cypriot side of the packages brought to the agenda within the scope of confidence building measures on numerous occasions.

It should be emphasized that these attempts of the Greek Cypriot leadership are not merely limited to ensuring the continuation of the status quo. The Greek Cypriot leadership due to its fear of losing its propaganda tools is resolute on taking initiatives which harm its own people – i.e. Former inhabitants of the fenced area of Maraş who have conveyed to us, on various occasions, that they welcome our Government’s decision. The work coordinated by our Ministry in line with the decision of our Government will continue decisively in accordance with international law, taking into consideration the rights of former inhabitants of the closed area of Maraş.

We deem it wrong that the UN Security Council has referred in its statement to a specific settlement model, particularly at a time when a possible unofficial five-party meeting is on the agenda with a view to determining whether there is a common vision regarding the settlement of the Cyprus issue. It should be borne in mind that only the two sides alone can decide on the basis of negotiations towards finding a settlement to the Cyprus issue.” 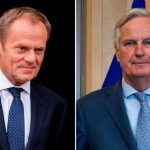 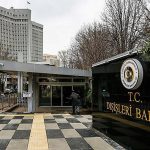