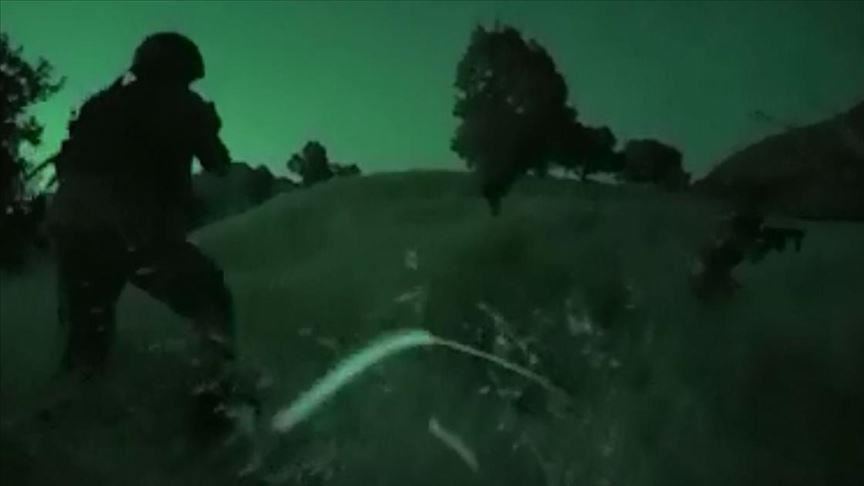 “Our heroic commandos who are participating in Operation Peace Spring continue to advance [into the region] east of the Euphrates River in northern Syria,” the ministry said on Twitter.

Turkey launched the operation Wednesday to secure its borders by eliminating terrorist elements and to ensure the safe return of Syrian refugees and Syria’s territorial integrity.

“Our army continues its fight against terrorists, while its main priority is to protect civilians from harm,” Turkey’s Vice President Fuat Oktay said on Twitter, touching on the purpose of the operation.

“Turkey, acting within the framework of its rights arising from international law and the ‘right of self-defense’ set out in the UN Charter, is determined to drain the swamp of terror that threatens our borders and poses a threat to the whole world.

“It is our greatest expectation that the world public opinion will have the same determination in the fight against terrorist organizations,” Oktay said.

Turkey has said the PKK terrorist group and its extension the YPG/PYD constitute the biggest threat to Syria’s future, jeopardizing the country’s territorial integrity and unitary structure.

Turkey has a 911-kilometer (566-mile) border with Syria and has long decried the threat from terrorists east of the Euphrates and the formation of a “terrorist corridor” there.

Turkey plans to resettle 2 million Syrians in a 30-kilometer (19-mile) wide safe zone to be set up in Syria, stretching from the Euphrates River to the Iraqi border, including Manbij. However, the presence of terrorist groups such as the PKK, PYD and YPG risk its formation.

Turkey has rid an area of 4,000 square kilometers (1,544 square miles) in Syria of terrorist groups in two separate cross-border operations. Since 2016, Turkey has conducted two major military operations in northwestern Syria — Operation Euphrates Shield and Operation Olive Branch — to purge the region of the terrorist groups Daesh and the YPG, which is the Syrian branch of the PKK terrorist group.

The two operations were in line with the country’s right to self-defense borne out of international law, UN Security Council resolutions, especially no. 1624 (2005), 2170 (2014) and 2178 (2014), and under the right to self-defense under Article 51 of the UN Charter while being respectful of Syria’s territorial integrity.

In its more than 30-year terror campaign against Turkey, the PKK – listed as a terrorist organization by Turkey, the U.S. and the European Union — has been responsible for the deaths of some 40,000 people, including women, children and infants. Turkey lashes out at condemnation of north Syria op 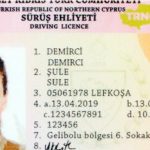 New driving licences for the TRNC