Larnaca district court on Wednesday ordered three men, all Indian nationals aged 41, 26 and 22, as well as a 23-year-old woman from Romania to be remanded in custody for five days as police investigate a case of conspiracy and an attempt to carry out a sham wedding.

Police said that a little before midday yesterday, officers from the migration department who were at Aradippou Town Hall spotted a car in the parking with four people. All four were legally in the Republic.

The woman was questioned and told the migration officials that she had come to Cyprus to marry the 41-year-old whom she had met for the first time yesterday in exchange for 900 euro and her airline ticket, the Cyprus News Agency said.

She said that the 22-year-old had undertaken to make the arrangements for their documents and for their travel to the town hall.

Questioned, the 22-year-old said the 26-year-old had asked him to go to the wedding with him and he had offered to help.

In a voluntary statement, the 41-year-old said that he had met the 26-year-old at Kiti in July and had asked him to help him remain legally in Cyprus. The suspect said that the 26-year-old had suggested a sham marriage with an EU citizen. He told him that he would need to pay 5,000 euros.

They met again in Kiti last week, and the 41-year-old gave the 26-year-old half the sum to arrange for the marriage, with the remainder to be paid after the wedding.

The four met yesterday and went to Aradippou Town Hall for the wedding.

The woman reportedly admitted to the offense and said two Romanians had suggested she make some money with a fake marriage. She was paid 900 euro and her airline tickets and was picked up on arrival by the 26-year-old who gave her the money and provided accommodation while in Cyprus.

The 26 year-old claimed he was acting on behalf of another Indian national who lives in Nicosia and who he knew only by his first name.

Police found 3,820 euro in his possession which they confiscated. 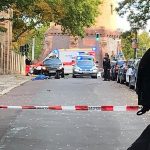 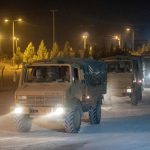