The funeral of a little girl who went into cardiac arrest during a dental procedure was to go forward Wednesday according o plan following a judge’s decision to reject a police request for a post mortem against her parents’ wishes.

A Nicosia District Court judge rejected on Wednesday a post mortem request by police, who sought more information into the cause of death of four-year-old Sarah from Liopetri, Famagusta district. The child was taken to a private clinic in Limassol for some dental work last Friday when she reportedly went into cardiac arrest during the procedure.

Reports said the young patient’s health deteriorated rapidly right after she had been given anesthesia, while the sedation method was not specified. She was rushed to the Emergency Room in Limassol and on Tuesday Sarah was transferred to Nicosia’s Makarios Children Hospital.

Reports said the little girl was clinically dead upon arriving in Nicosia and she was brain dead by the time she was admitted to the Intensive Care Unit, according to local media.

Police declined to comment on why a post mortem had been requested in the first place. A press officer told Knews such requests are made on a case by case basis, while confirming that no complaints had been filed in this case, such as medical negligence. Earlier sources told Knews the very young age of the deceased had played a role in the police request.

Despite reports saying a medical exam had been scheduled for Thursday, which was to be conducted by state forensic pathologist Angeliki Papetta, the court reportedly ordered the body be returned to the family for burial.

Knews understands Sarah’s parents never requested a post mortem for their child. Additional media reports said the little girl had a pre-existing heart condition as Sarah was said to have had surgery in Israel, while last Friday’s dental procedure had been scheduled to treat an oral infection according to online media.

A Cypriot district court is a sole authority that can adjudicate a post mortem request and issue a warrant, while only police can make such requests in a court of law.

Sarah’s funeral was to go forward on Wednesday afternoon according to the plan. 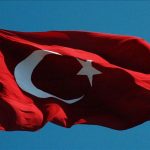 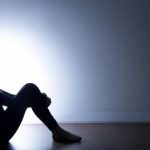