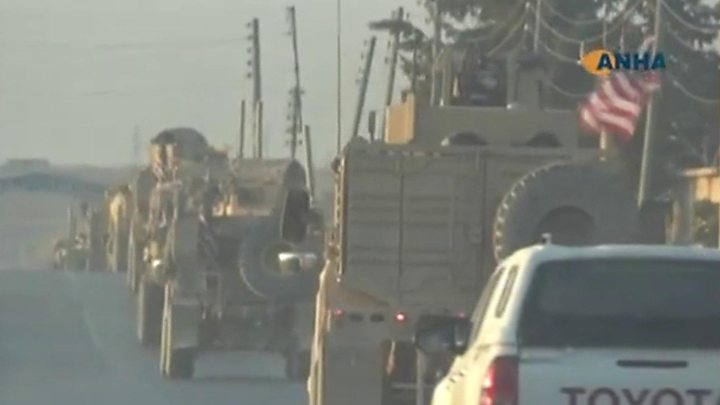 President Donald Trump has threatened to destroy Turkey’s economy if the country goes “off limits” following his surprise decision to pull US forces out of north-eastern Syria.

In a series of angry tweets, Mr Trump defended his move, which could open the way for Turkey to launch an attack on Kurdish fighters across the border.

The withdrawal was heavily criticized even by Mr Trump’s Republican allies.

Kurdish forces were key US allies in defeating the Islamic State (IS) in Syria.

But Turkey regards the Kurdish militias, which dominate the US-allied Syrian Democratic Forces (SDF), as terrorists.

The US has some 1,000 troops across Syria, but only about two dozen had been pulled out from the border area, according to a senior state department official.

What is President Trump’s position?

Mr Trump initially tweeted on Monday he had been elected on “getting out of these ridiculous endless wars” and that “Turkey, Europe, Syria, Iran, Iraq, Russia and the Kurds will now have to figure the situation out”.

This had followed a phone call on Sunday with Turkish President Recep Tayyip Erdogan, after which the White House said Turkey would be “moving forward with its long-planned operation into northern Syria” and US forces would “no longer be in the immediate area”.

Following accusations from US Kurdish allies they had been “stabbed in the back” and criticism from across the US political spectrum, Mr Trump sent out more tweets later on Monday, warning Turkey not to take advantage of his decision, saying he could “destroy and obliterate” its economy.

Later when expanding on his “off-limits” tweet, Mr Trump said Turkey should “not do anything outside of what we would think is humane”.

He also said there would be “big trouble” if “any of our people get hurt”.

In a statement, Pentagon spokesman Jonathan Hoffman said “the Department of Defense made clear to Turkey – as did the president – that we do not endorse a Turkish operation in Northern Syria”.

What does Turkey want to do in Syria?

At the recent UN General Assembly, Mr Erdogan produced a map showing a 480km (300 miles) long and 30km deep “safe zone” that he wants Turkey to control along its border with Syria.

This would resettle up to two million of the more than 3.6 million Syrian refugees currently living in Turkey.

On Monday, Turkey’s defence ministry said that “all preparations for the operation have been completed,” adding the establishment of such a zone was “essential” for Syrians and for peace in the region.

But Turkey has also repeatedly threatened to attack Kurdish fighters across the border in north-eastern Syria.

Turkey considers the Kurdish YPG militia – the dominant force in the SDF – an extension of the banned Kurdistan Workers’ Party, which has fought for Kurdish autonomy in Turkey for three decades.

Separately on Tuesday, Iran said it opposed any Turkish military action in Syria.

What is the camp situation on the border?

SDF forces operate a number of refugee camps for displaced people and holding camps for the families of suspected IS fighters both inside and outside Turkey’s proposed “safe zone”.

Relatives of suspected IS fighters are held at Ain Issa and Roj within the zone, although by far the biggest such camp is at al-Hol, close to the Iraqi border and about 60km south of Turkey. Al-Hol holds 70,000 people, more than 90% of them women and children, including 11,000 foreign nationals.

Some 12,000 suspected IS fighters, a third of them foreign nationals, are held in seven prisons further south, near the city of Raqqa.

The Kurdish-led authorities say they will not prosecute the women and children being detained and there has so far been very little action in the international community to repatriate any foreigners.

If Turkey takes over areas controlled by the SDF, the White House has said Turkey will be responsible for all IS fighters held there.

But if SDF fighters guarding camps and prisons are attacked in a Turkish offensive, their ability and desire to remain in place would clearly be called into question and European governments in particular fear jihadists and their families could slip out and try to return home.

In the place of clarity we only have President Trump’s tweets and statements from the state department and the Pentagon which appear to contradict him.

Both say there is no major shift in US policy; that only a handful of US troops have been pulled back for their own safety, fearing some Turkish move. And they insist that this administration, including the president, stands firmly against any further Turkish move across the border.

So did the president act on a Twitter whim in the wake of his phone call with President Erdogan, only to be appraised of the likely consequences afterwards by officials? This is an object lesson in how dysfunctional US foreign policy-making has become.

What was the response in the US to the withdrawal?

Senate Majority Leader Mitch McConnell, the top Republican in Congress, was among those who criticised the decision. He said a “precipitous withdrawal of US forces from Syria would only benefit Russia, Iran and the Assad regime”.

Fellow Republican Lindsey Graham, a close ally of the president, called the move a “disaster in the making” and feared a resurgence of IS. 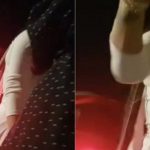 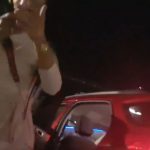