Further to our report this morning about the racist verbal and physical attack on a Russian Lady by 3 Cypriot women, it has been reported that all women are from Limassol.

It is reported that one of the Cypriot women is an Educational Psychologist from Limassol and is married to a Lawyer.

She has posted a reply on social media to the critics of her actions that the Russian lady initially requested €100 so as not to report what she saw. The lady went further to say that there were cameras in the parking area and a bar blocking the exit so they were not about to leave. in relation to the video that has been released in the last few hours regarding an incident in Larnaca, from the first moment that the reported to the police, instructions were given and is already under investigations The incident is under investigation by the police. 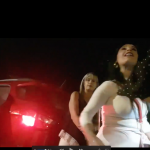 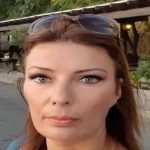 That’s really weird, 10 minutes video and there is no reference to any money issue or why she asked for money? You are thinking about your children, taking them pictures, and you never thought that your children just witnessed their mother’s profanity and the really dirty language you’ve used? What did you really teach your teacher with your gross behaviour?

So is this update meant to exude her behaviour & language used. Because it doesn’t.