Turkey’s love of street animals, which nowadays receive considerable government-funded care, is one of the few issues able to bring together the country’s deeply divided politicians, said an article on Wednesday in the New York Times.

In the lead-up to Turkey’s local elections earlier this year, Ahmet Kemal Senpolat, a lawyer and president of the Animal Rights Federation, presented politicians from the country’s top parties a document calling for the protection of animals, particularly street animals, freelance multimedia journalist Didem Tali wrote in the Times.

“Normally, they never agree on anything else, but they were all on the same page about the street animals. This must be a historic moment,” said Senpolat. “The issue became so popular, now politicians cannot afford to alienate animal lovers anymore.”

In 2004, the Turkish government passed a law requiring local governments to sterilize and vaccinate street animals rather than kill them with poison, which they had been doing for years, according to Tali.

Today in Istanbul, which is home to 15 million people, 130,000 dogs, and 125,000 cats, animal centers provide shelter, food, sterilization and medical checks, and cities around the country have teams that look for animals in need of neutering, she added.

“Before the animal welfare teams return the dogs to the places where they were found, they plant a yellow digital chip on the animals’ ears, which gives them an identification number for tracking. These chips are also visual signs to the public, as well as the municipality workers, that a particular animal is tracked electronically and its medical data is accessible,” said Tali.

In the Kadıköy district on Istanbul’s Asian side, more than 10,000 people have joined a Facebook group to support local street animals. In recent years the world has begun to appreciate Turkey’s fondness for street animals, thanks to viral videos like that of U.S. President Barack Obama petting a cat in an Istanbul mosque and a mall letting dogs sleep inside during a snowstorm, according to Tali. 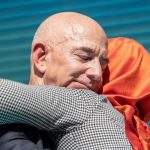 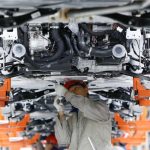