Egypt girl, 5, dies after being raped by her uncle and tortured by her grandmother 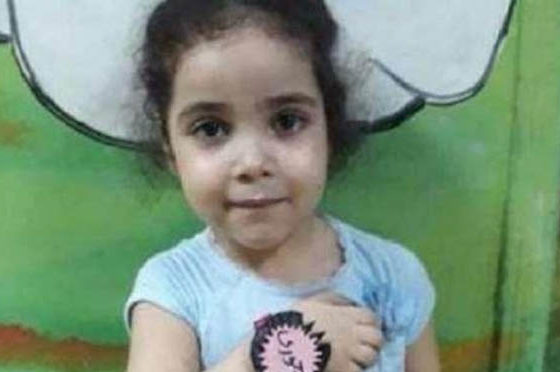 A five-year-old victim of abuse has died after being raped by her uncle and then tortured by her grandmother to cover up his crimes, her father has told the Egyptian website El-Watan.

Ganna Mohamed Samir Hafez was admitted to the Sherbeen General Hospital last week with scars and bruises covering her body and burns on her genitals. Al-Masry Al-Youm reported that Ganna had gangrene on her body and that the injuries were so severe doctors amputated her leg in an attempt to save her life.

But on Saturday Deputy Minister of Health in Daqahliya governorate, where Ganna is from, announced that Ganna died of her wounds after suffering heart failure and blood poisoning at the International Hospital in Mansoura.

Ganna lived with her grandmother after she won custody of her and her six-year-old sister Amani after her parents divorced.

According to Egyptian Streets her grandmother was abusing Ganna and Amani for years, repeatedly burning both the girls and attacking them with sharp instruments, which raises questions as to why child protection agencies or her school or nursery did not notice something was wrong or move to stop it.

This problem is exacerbated by an absence of child protection services and a lack of trained social workers in the country.

Despite the fact that it is officially forbidden, research conducted by the American University in Cairo has said that corporal punishment is still widely used.

Ganna’s death has sparked widespread anger in Egypt as it has shed a light on these deep-rooted issues. In March 2017 alone at least 1,121 children were abused in multiple ways including murder, kidnapping, rape, and drowning. Of these figures, 35 were sexually exploited, according to the Egyptian Foundation for Advancement of the Childhood Condition.

In January this year, the video of a mother pushing her child out of the window and forcing him to climb up the side of the house to reach a higher balcony, despite the huge drop below, after he lost his key went viral. According to news reports, when he failed she pulled him back inside and beat him.

Ganna’s grandmother is now in police custody on charges of torture and denies the allegations against her. 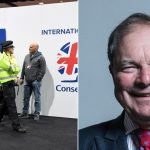 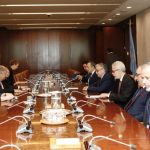