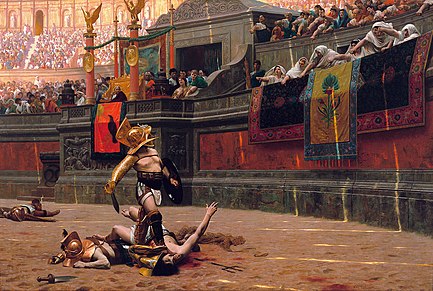 “If somebody asked me: why should others decide who is to be killed? My answer would be: because they’ve always been the ones to decide.”

This is how I started an article highlighting one of the root causes of the Cyprus Problem. In it, I directly challenge the subtle hidden complexities behind the Greek Cypriot psyche and their emotional submission to Greek fascism and the systematic and deliberate displacement and extermination of the Turks on Cyprus, which they shamelessly try to legitimise by defaulting to denial, historical negationism, and digression tactics, and though many will try to disagree with this on the outset or accuse me of partisan or bias, I find it hard to ignore just how relentless the Greek Cypriot propaganda machine is, as well as how much it reminds us of the denialist strategies employed by Argentina during the Dirty War.

Now before we continue any further and as this is my very first article on Cyprium News, I think it’s important that I first make a little author’s note, kind of like an introduction, to set the pace for what readers are to expect from me as a writer/researcher:

I am under no illusion about doing anything but remaining true to the maker and making sure history does not take on a quality whereby it confuses humanity; I am trying to balance the picture, where the overwhelming presence of pro-Hellenic historians and authors dominate both the domestic and international scene, and where this strongly supports the promotion of the Greek Cypriots’ denialist and historically negationist discourse on the island of Cyprus and its history. And although this article is based on something I have written and published elsewhere, and I’m not interested in writing an article about an article, which would be beyond bizarre and incredibly procrastinative at this point, to say the least, and yes, I did just make up a word… but by publishing this on Cyprium News, I have another platform to repeat, in essence, what I have already written elsewhere, albeit with a few format changes here and there, so that it reaches a wider audience thus making it that less credible to feign ignorance to the root causes of the Cyprus Problem and the century old plight of the Turkish Cypriots.

And now that we’ve got the formalities of introduction and declaration of intent out of the way, it’s time to begin reading “When should you decide who is to be killed?”:

Jean-Léon Gérôme and the dynamics of collective action

If you look at this painting, Jean-Léon Gérôme reminds us of this old hand gesture used by Ancient Roman crowds to pass judgment on a defeated gladiator.

In it, the onlooking audience are giving a thumbs down to the Gladiator, indicating that he can kill this man.

But one is not enough.

The decision has to be unanimous.

What that means is who will die or live has to be decided unanimously. After all, unanimous decisions are always deemed legitimate. It will take any guilty conscience away.

At the end of the day, you are inciting murder. It is a crime. But in this way, everyone can point the finger at each other and the crime disappears.

What this painting tells us is that if you want to commit a crime and not get blamed, all you have to do is to build a crowd around you, because it is no longer a crime if you commit it with a large enough crowd.

And… just do a thumbs up and thumbs down… do these remind you of anything?

Well, you upload a video on YouTube. What happens is that it is judged by people you don’t even know.

As you can see, nothing has changed in 2000 years. The only difference is you can’t do a  thumbs up or thumbs down anymore. You have to ‘click’ on the icons.

Greek Cypriots must have been ahead of their time and also thought of this when they saw the painting.

They said to themselves: “We have the gladiator, we have Greece, we have the Orthodox Church, so let the crowd decide who’ll die.”

With this, they made an unwitting homage to “Pollice Verso”, applied their own moral and cultural foundations to it, and used it as an ad hominem to judge whether something should or should not be.

But we also cannot be under any illusions here about the complexities of the fickleness of society and opinion, and though we cannot be sure of the exact meaning every individual would apply, we can take that of the vast majority, and use it as a tool to indicate their approval or disapproval for certain things as they happened on Cyprus, and where the benign policies and inaction or defeat of the rest means a default acquiescence to the majority vote. This provides us with a very valuable tool to understand the dynamics of will behind certain events, as well as how they were and/or should be received by onlookers.

First, lets take a look at some things that the Greek Cypriots approved/didn’t oppose And still in continuity with the above, here are two things which the Greek Cypriots disapproved/vehemently opposed

Perhaps we can refer to this as more of a homage turn incongruous inconstancy to “Pollice Verso”, as opposed to a direct homage, much like how the Greek Cypriots rather prefer believing and continuing to try and make-believe that they were the victims on Cyprus, even though the overwhelming majority of victims on Cyprus were Turkish Cypriots… or their claims to collective-victimhood whereby all Greek Cypriots, refugee or not, consider themselves victims on Cyprus… or their continued degradation of the Cyprus Problem to a majority-minority dichotomy along ethnic discriminatory lines, whereby they try to justify arguing they are the only ones with legitimate rights to the island, at the expense of the island’s co-owners, the Turkish Cypriots, who without which they would have no rights to anything… or their argument that no Turkish Cypriot was killed on Cyprus… or that it was Turkish Cypriot refusal to cooperate with the government and their attempts to sabotage it which plunged the island into chaos in 1963… or that Cyprus is a Greek Island… all of these denialist, historically negationist, malicious, wicked, evil-minded assertions received a unanimous or otherwise uncontended thumbs up; approval; life.

All of these received a unanimous or otherwise uncontested thumbs down; disapproval; death.

If I were a Greek Cypriot, I would be ashamed of my community. They are an embarrassment to humanity. Even the gladiator in this painting could arguably rebel and refuse to be a part of such dark, unwarranted, hatred-ridden barbarity, even if it were at the cost of his own head. But the dynamics of that Ancient Roman custom, Pollice Verso, both start and stop at the point of matter of fact decisions of impunity for the Greek Cypriots… any metaphysical value, or logic, or reason, or even a sense of Pride, Justice or Humanity, which are arguably more important than one’s own individual life, are lost in the deep and long-abandoned limestone caverns of modern Greek Cypriot logic. Instead, they perpetually sell themselves to the darkness, where hatred, racism, lies and untruths reign supreme. The light and the truth is of course much more difficult to bare. 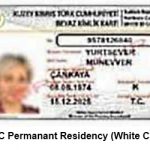 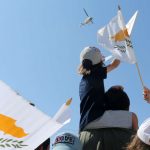