Turkish drillship, the Yavuz, is set to begin its second drilling operation sometime over the next few days, the country’s Energy Minister Fatih Dönmez said on Monday.

The Yavuz will start drilling at its new location in the coming days, the minister said, without specifying the location of the ship’s next drilling site.

The announcement follows the withdrawal of the Yavuz from the waters of the divided island of Cyprus earlier this month. The Yavuz was moved to the Turkish port of Taşucu in the southern province of Mersin opposite the Karpas peninsula, in the north of Cyprus.

“Today, with four ships, our flag is flying in every part of the eastern Mediterranean. Our teams are working with great dedication day and night to deliver the good news to our nation,” Hürriyet newspaper quoted Dönmez as saying.

Turkey’s deployment of vessels to search for oil and gas in the region has sparked a dispute with Greek Cyprus while prompting the EU to hit Ankara with sanctions.

Nicosia and Athens disagree with Ankara’s claims of drilling rights in the region. Turkey, the only nation to recognize Northern Cyprus, maintains that attempts by South Cyprus to conduct gas exploration are a violation of the rights of the Turkish part of the divided island.

Ankara says its exploration is legal because it is in the territorial waters of Northern Cyprus. 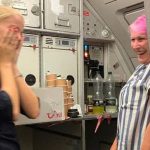 Thomas Cook flight out of Cyprus gets emotional 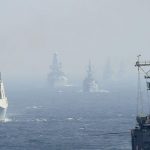