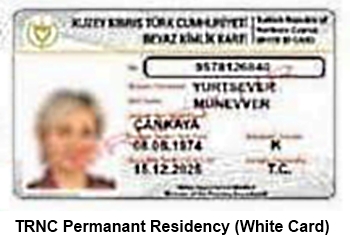 North Cyprus is discussing a new residence regulation. There are differing positions on the issue.

Of course, “indigenousness” is a very important phenomenon for islanders. To defend what belongs to them, maintain their cultural and communal integrity is a very important aspiration, a right that must be respected. On the other hand, if for political, cultural or economic reasons people reside in places away from their homeland, is it not their right to be able to participate in local polls, or even run for local positions? Or, if they reside legitimately in a country for a period defined by the laws of that country, is it not their right to demand citizenship and should they not be admitted to citizenship in due process?

Citizenship is, of course, important. Every country has its rules and regulations. But there are as well norms and values to be respected. Xenophobic applications cannot serve any good to anyone. Greek Cypriots might be angered with people from Turkey settling on the island as if Turkish Cypriots were compelled to live in isolation and in solitude. Interaction between Turkey and North Cyprus – and because of the Greek Cypriot-imposed inhumane social, economic, political and even sports blockade on them – naturally produced and will produce such population movement.

Some countries, including the Greek Cypriot sector of the island, are “selling” citizenship. Some countries accept citizenship applications considering time resided as well as results of a cultural examination proving adaptation of the foreigner to local culture and norms. There is some degree of xenophobia in such applications, but as the aim is to make sure that a person to be accorded citizenship is not expected to remain a foreigner in his new home, it is understandable.

But is it a secret that the Greek Cypriot state that makes all the fuss about Turks from mainland be issued citizenship, or supports such activities of the Turkish Cypriot left against “settlers” have been rather liberal in granting citizenship on the basis of ethnicity, language as well as religion. Are not Egyptians, Greeks and other Greek-speaking people as well as Serbians, Russians and other people who subscribe to Greek Orthodox church given fast track citizenship by the Greek Cypriot state?

Yes, “indigenousness” is important, but the Turkish Cypriot state should as well develop strategies of survival and integrate more with Turkey if it is continued to be shunned by the international community.

Also, if there is a bigger diaspora of Turkish Cypriots than those living in Cyprus, is it not time to consider ways and means to embrace them? 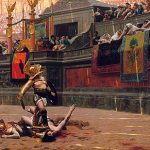 And still we hav eno idea what is going to happen. There arepeople who are being forced to leave the island which has been their home for 15 years. So sad. And as for me, I came here to be a citizen. I don’t want permanent Residency, I want to belong – to work to vote, to pay taxe,s to be a ‘Cypriot’. It is all very confusing – the worst part is that no one is tleling what the 18 different visas are or the criteria surrounding them.