A biker from Avgorou was killed in a road accident on Monday after his motorcycle collided with a pickup truck that reportedly failed to yield.

According to local media, 32-year-old Nektarios Ioannou was riding his motorcycle southbound around noon on a Larnaca-Famagusta road when a pickup truck driven by a 25-year-old male driver blocked his way at the Xylotymbou junction, Larnaca district.

The car driver made a right turn at the junction, causing a collision by blocking Ioannou who had the right of way

Reports said the driver from Dherynia made a right turn at the junction around 12:30 pm, causing a collision by blocking Ioannou who had the right of way.

Emergency medics from the British Bases rushed to the scene where they attempted to treat the biker on site, according to Andreas Pitsillides, Acting Divisional Commander at SBA Police Dhekelia.

Pitsillides, who said the biker was rushed to Dhekelia Hospital, was pronounced dead at 12:49 pm by a British Base doctor, adding that Ioannou had been wearing his protective helmet at the time of the crash.

A Breathalyzer was administered on the driver with Dhekelia police saying the test was negative.

SBA police, who are investigating the incident, was said to be taking statements from possible eyewitnesses and “looking into all possible scenarios” said Pitsillides, adding that the car driver was detained for questioning. 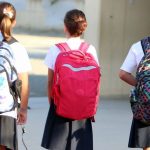 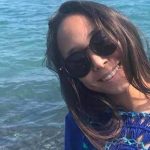 Girl, 14, killed in her sleep by exploding phone