Turkey’s telecommunications giant Türk Telekom on Friday has announced that the company will offer free mobile Internet packages as compensation for all mobile clients after its network failure following an earthquake in Istanbul, Turkey’s state-run Anadolu Agency wrote.
A 5.8-magnitude earthquake hit the Marmara Sea near Istanbul’s Silivri district on Thursday morning, causing minor damage and no loss of life.
It also served as a reminder for the Great Istanbul Earthquake, as it is widely called, that is expected to hit the megacity sometime in the next 20 years as the western end of the North Anatolian fault line will eventually release its energy.
Internet and mobile phone networks failed briefly following the earthquake, with most of them recovering shortly. Türk Telekom’s network was, however, still offline eight hours later.
Turkish social media users reported network failure throughout the country, including the south-eastern Gaziantep province over 700 miles away from Istanbul.
The company also employed social media bots to get the hashtag “#AdamsınTelekom” (“You are the man, Telekom”) trending on Twitter, reported BirGün newspaper, after users and clients continued to voice their discontent. One tweet read, “You’re the man Telekom, arm of camel hypertension”. 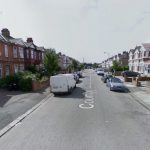 Two men fighting for their lives after shooting in east London 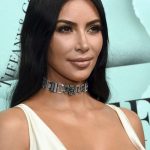 Arsenal distances itself from midfielder Ozil’s comments on China, Uighurs