Two former allies of Turkish President Recep Tayyip Erdoğan set to launch rival parties are driven by the alarm at what they see as his increasingly oppressive tactics against opponents, economic mismanagement, disregard for the rule of law and apparent unwillingness to change course, the Financial Times reported on Wednesday.

Former Prime Minister Ahmet Davutoğlu, who resigned from the ruling Justice and Development Party (AKP) earlier this month, and former Economy Minister Ali Babacan, who has the backing of fellow AKP founding member and former president Abdullah Gül, are expected to launch their new parties before the end of the year.

“The splintering is significant not only for the unprecedented break that it would represent in the AKP ranks but also for the potential damage it could inflict on Mr. Erdoğan’s 17-year dominance of the national political stage,” said FT’s Turkey correspondent Laura Pitel, adding that any loss of support in a country divided into nearly equal pro- and anti-Erdoğan camps could alter the political landscape.

“Every vote they can collect can change the balance of power,” Turkish pollster İbrahim Uslu told the FT. “For that reason, these new parties are the most important dynamic in Turkish politics.”

Former ministers said discontent among AKP leaders increased following the government’s massive purge after a failed 2016 coup, the appointment last year of Erdoğan’s son-in-law Berat Albayrak as treasury and finance minister and Erdoğan’s taking control of a system that concentrates power in his hands.

The AKP’s defeat in this year’s local elections convinced the malcontents to act, according to Pitel, adding that Davutoğlu and Babacan are targeting different audiences.

Babacan, whom analysts believe has the better chance of success, has resisted overtures from Davutoğlu for the two to join forces, according to Pitel.

“The former economy minister is seen as a steward of the good times in the country,” said Pitel, while Davutoğlu is linked to Turkey’s interventionist approach to the war in Syria, which led to millions of refugees fleeing to Turkey.

“Their time in government works in favor of Babacan, but against Davutoğlu,” Can Selçuki, of Istanbul Economics research, a consultancy, told the FT.

The new parties are expected to launch soon, even though Turkey has no elections scheduled until 2023. “Yet, in a country that has had 14 elections or referendums over the past 12 years, some find it hard to believe that it will be four years until the next one,” said Pitel.

Analysts doubt the new parties could win a presidential contest, but they could act as kingmakers, perhaps helping the new Istanbul mayor Ekrem İmamoğlu take the top post.

“If Babacan gets 10 percent, we will get 35 percent and İmamoğlu will become president,” an AKP official told the FT. “People in the party need to stop complaining.” 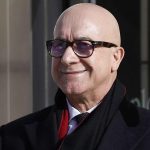 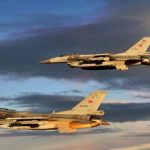