The Greek government reportedly sees Wednesday’s first meeting between Prime Minister Kyriakos Mitsotakis and Turkish President Recep Tayyip Erdogan on the sidelines of the United Nations Climate Change Summit in New York as a first step in the effort to reset Greek-Turkish relations.

The two men pledged, during what was described as a cordial meeting, to work closely to build a climate of trust for the benefit of regional stability.

Mitsotakis tweeted that they had “a candid discussion about all the big issues, from migration to Cyprus and bilateral matters.”

According to government sources, Mitsotakis raised the issue of increased migration flows to Greece, saying that Turkey should play a more active role in limiting them by showing a spirit of cooperation at sea.

Even though the issue concerns relations between the European Union and Turkey – given the funding Ankara receives from Brussels to stem migrant flows – its bilateral dimension was also highlighted.

To this end, it was agreed that a meeting between Alternate Minister for Migration Policy Giorgos Koumoutsakos and Turkish Interior Minister Suleyman Soylu would soon be scheduled.

Moreover, in a move to consolidate a positive climate, it was agreed that the Greece-Turkey Supreme Cooperation Council could be activated by the end of the year.

Nonetheless, disagreements remain, not least over the Cyprus issue – concerning the resumption of peace talks and hydrocarbon rights.

Mitsotakis expressed his support for a proposal by Nicos Anastasiades to ensure the fair distribution of any proceeds from natural gas exploration between Greek Cypriots and Turkish Cypriot communities.

He also raised the issue of the reopening of the Halki Theological Seminary, which was shut down by a Turkish court in 1971.

For his part, Erdogan spoke of the rights of the Muslim minority in northern Greece and the state of two Ottoman monuments in Athens and Thessaloniki.

He also revisited the issue of the Turkish servicemen that remain in Greece and whom Turkey wants extraditing so that they stand trial for their role in the coup attempt there in 2016. 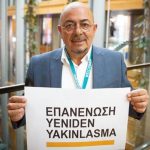 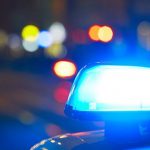