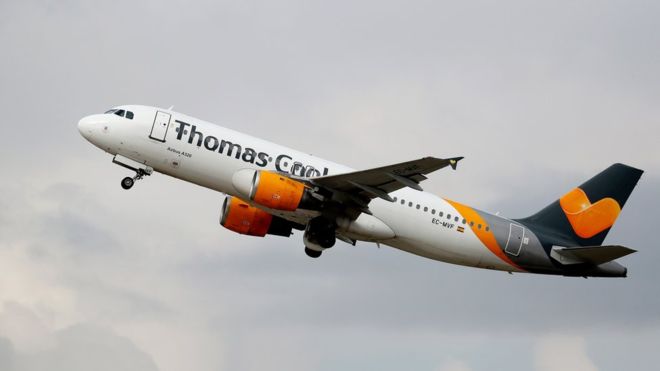 Thomas Cook’s German subsidiary has announced it is filing for insolvency in an attempt to save its national brands after the collapse of the UK parent company on Monday.

Almost 100,000 holidaymakers are travelling with the German affiliates and it is not clear what the bankruptcy proceedings will mean for them.

Condor is 49% owned by Thomas Cook.

The central state of Hesse, where Condor is based, also stepped in to rescue the airline, arguing that it was profitable.

The company said it was “operationally healthy” and the six-month loan was aimed at preventing any “bottlenecks” resulting from its British parent company. The funding will be paid out pending an agreement with the European Commission.

Thomas Cook Germany is also based in Hesse and state premier Volker Bouffier said it was in principle willing to step in to help that company too.

It said that it had long been burdened by the weak Thomas Cook business in Great Britain and by Brexit.

How are European tourists affected?

A total of 600,00 holidaymakers have been caught up in the collapse of the UK company. Many have travelled from the UK but Thomas Cook’s empire stretches across Europe and tens of thousands have travelled with its subsidiaries.

Under EU package holiday rules, holidaymakers are protected financially from a company’s insolvency as well as having the right to repatriation.

The UK’s Civil Aviation Authority has had the task of bringing back more than 150,000 holidaymakers. It repatriated more than 14,000 passengers on Tuesday and was expecting to bring back another 16,500 on Wednesday.

Thousands of Dutch, Belgian and Polish tourists are still abroad, but the biggest group affected outside the UK is from Germany. A spokeswoman said on Wednesday that 97,000 people were currently travelling with the company.

Thomas Cook Germany employs some 2,000 people and has several national brands, including Neckermann, Öger Tours, Air Marin and Bucher Reisen. A thousand people are employed by the company near Frankfurt.

It said it was talking to the German foreign ministry as well as the travel bankruptcy insurer, Zurich, about repatriating customers. Like Condor, it has asked the Hesse state government and the federal government for a bridging loan.

Thomas Cook’s Polish subsidiary, Neckermann Polska, has suspended its activities and said it will also file for bankruptcy.

Why has Germany’s Thomas Cook filed for bankruptcy?

The German subsidiary believes its brands have a future and is in negotiations with investors and hotel operators to continue in business.

Thomas Cook GmbH said it had been forced to seek insolvency to extricate itself from its (UK) parent company’s “financial tie-ups and related liabilities”.

“We owe this to our long-standing customers, committed employees and other partners who have supported us so much over the years and in the last difficult weeks,” said chief executive Stefanie Berk.

Founded in 1841, parent company Thomas Cook filed for bankruptcy after failing to secure emergency funding of £200m from the UK government.

In the UK, anyone who has bought a package holiday covered by the Air Travel Organiser’s Licence scheme (Atol) will have the cost refunded.

However, some customers whose future holidays have been cancelled have seen the price of replacement deals spiral.

How have businesses around the world been affected?

There is a concern in countries such as Egypt and Greece that local businesses could be financially impacted by the loss of tourism. 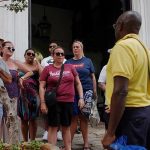 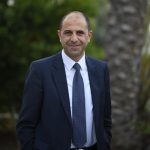