Emphasizing that clarity and openness are essential for a successful process, President Mustafa Akıncı said: “Our demands as the Turkish Cypriot side are compatible with the UN Parameters. We have the intention, political will, and determination.

If all parties, especially the Greek Cypriot side, show the same intention, a solution is possible in Cyprus.

If we fail to do so, the possible development is that division in Cyprus becomes permanent.”

In his speech at the meeting, Akıncı stated that they foresee a process which is result-oriented, well planned and aimed at a strategic agreement in a short time and if it is reached then technical meetings can start and there is no need for on-going negotiations.

Indicating that they expect the UN Secretary-General to take a more active role in this process, Akıncı requested the Greek Cypriot side leader to “leave the mentality of majority and minority and move towards the mentality of partnership as soon as possible. Reference concepts can only be completed in this way. ” 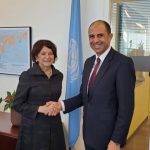 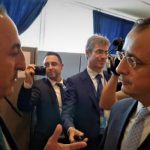 Çavuşoğlu : “We must first decide what we will negotiate”.