UK Greek Cypriot dancing duo Stavros Flatley returned to Britain’s Got Talent on Saturday and won over everyone at Wembley stadium including judge Simon Cowell who pressed his golden buzzer, sending them through to the semi-finals.

The dancing duo – made up of Dimitri Demetriou and son Lagi – first appeared on the show back in 2009, and quickly became firm fan favorites.

Tens years later the duo has proven that they’ve still got the dance moves and their river dance routine delighted the audience.

Dimitri Demetriou after the performance thanked the show for realizing their dream of performing all over the world and jokingly told Simon Cowell that the duo would always return to the show whenever the show needed them even if that meant for him to return in a mobility scooter.

After a stunning performance, the UK Greek Cypriot duo has made Cyprus proud again by reaching Britain’s Got Talent Champions show semi-final. 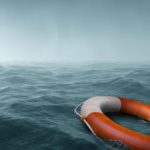 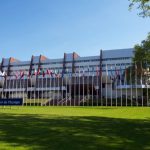 Wow I’m so proud what an amazing achievement. Thank you I’m now complete, is that a tattoo on the stomach?